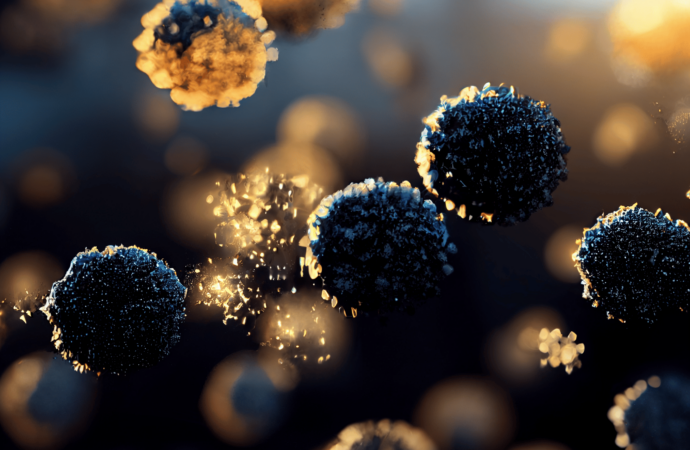 Factors, implications associated with re-emergence of these infectious diseases.

The re-emergence of various cases of infectious diseases have raised a huge concern. Viruses such as Langya Henipavirus which was discovered in China, West Nile virus in America, Marburg virus in Ghana, Ebola virus, monkeypox strains and Covid-19, to mention a few. The emergence and re-emergence of these viruses have posed a huge threat to the global community, disrupting the natural human order like during the Covid-19 pandemic. Schistosomiasis, for instance, is a parasitic disease that has been recorded to have re-emerged in Egypt, largely as a result of the Aswan Dam. Legionellosis is another disease that has been identified post the pneumonia outbreak among a group of individuals that attended a conference in Philadelphia.

The sudden re-emergence of viruses has raised many questions, such as why numerous viruses are suddenly springing up, whether Nigerians should be concerned, the implications. Especially on the public health efforts to overtly eliminate malaria, as well as the role of the government and individuals to collaboratively safeguard the human race. Recent research indicates that these viruses are weakening the immune system, causing health deficiencies like erectile dysfunction and enlarged hearts and lungs.  In fact, some schools of thought are predicting that the end of the human race is getting closer. Since the 1970s, over 40 infectious viruses have been discovered, and the World Health Organization (WHO) noted in its 2007 report that the subsequent rise of infectious diseases is occurring at a rate that has never been experienced before.

Disease re-emergence, due to natural processes and human practices.

The increased mobility of people and animals, as well as the close contact between them, has raised major concerns about the potential for emerging viruses to spread quickly and lead to a global epidemic. There are also concerns about the emergence of viruses due to the deliberate introduction of them into the human population, animal or plant and for terrorism purposes.  Some of these viruses include smallpox, anthrax and tularemia. However, there are numerous factors involved in the emergence or re-emergence of these infectious diseases. While some are consequences of natural processes such as the evolution of pathogens, and other factors are significantly a result of human practice.

For the establishment of an emerging virus, there has to be an infectious agent being introduced into a vulnerable environment, and the agent readily present to spread the virus. The virus must also possess the ability to sustain itself within the environment, that is more people being infected. Many viruses emerge when these infectious agents are passed from animals to humans and due to the expansive human population, there is an increased possibility for humans to come in contact with these animals that carry the infectious agents. With the increase in human density and mobility, the spread of these viruses poses a huge threat to the human health. Climate change for one has become a pivotal factor for the emergence of these infectious diseases due to the earth’s climate warms which alter habitats.

Emergence and re-emergence of these viruses follow a similar pattern.

Professor Boaz Adegboro, a Professor of Medical Microbiology and Immunology stated that numerous viruses are re-emerging as a result of people keeping exotic animals as pets, as well as an increase in the appetite for aquatic animals. These scenarios, he noted l, has led to the emergence of SARS-coV-2 pandemic. He further stated that epidemics are the lives of diseases and keeps the microbial kingdoms alive. He asserted that while we take measures to control virus’ outbreaks, the genes of these organisms mutate and the community does not have any immunity against the new mutant, as in the recent outbreaks of monkeypox and the numerous hemorrhagic fevers.

Adegboro also admitted that these infectious diseases which weakens the human system signals the beginning of an end of the human race, asserting that severely ill individuals cannot observe reproductive processes. The National Chairman, Clinical Pharmacist Association of Nigeria, Dr. Joseph Madu also noted that the emergence and re-emergence of these viruses follow a closely related pattern. Answering the raised concerns, he said that Nigeria as a responsible action must be absolutely concerned about these re-emergences and the nation’s vulnerabilities to these outbreaks. According to him, the increased emergences of viral diseases are closely together with the known factors associated with the development and/or transmission.

Madu noted that population growth, poverty and malnutrition, migration and deforestation are factors that have contributed to the global issue. He however said that Nigeria must strengthen its mitigation and surveillance activities by ensuring an improved institution and creating public awareness. He applauded the approval of community pharmacies as vaccination centers, noting that this step would reduce vaccine hesitancy and improve public awareness. He also said that the discovery of these re-emergences indicates an advancement in the global science and technology. Meanwhile, WHO’s Research and Development (R&D) Blueprint is also working towards creating a consultation to apply scientific knowledge acquired from the SARS-coV-2 global pandemic to address the research needs of unknown infectious agents capable of future pandemics.

It is certain that we can’t rule out the constant reoccurance of these diseases which are the results of human practices and change in climate but we should be proactive in tackling these most especially our government. They should be at the forefront in ensuring that everything needed are in place to tackle any emergence of any disease.

The manner in which we care for our surroundings, the kinds of foods that we eat, the manner in which we adapt to new environments in the appropriate way, and other factors also contribute to the reemergence of these viruses. Let’s do all in our power to stop them from happening.

Because of the warming of the earth’s temperature, which causes changes in ecosystems, climate change has become a significant contributor to the rise of various infectious diseases. As a result, individuals should take additional precautions to protect themselves.

The viruses also needs to have the ability to survive in its natural habitat; if it can’t do this, then it will spread to more people, and more medical supplies will be required to treat them.

The ensuing spread of contagious diseases is happening at a rate that has never been seen before, and the only one who can save us now is God.

There’s no way this infectious viruses will not continue to reoccur because some of the circumstances that makes the virus to reoccur were still in existence.

As in the recent outbreaks of monkeypox and the other hemorrhagic fevers, these creatures’ genes mutate despite our efforts to limit virus outbreaks, leaving the community defenseless against the new mutant.

The a very sharp measure should be put in place to counter the re -emergence of these viruses that pose a threat to the World before its escalate.

The unexpected reappearance of viruses has prompted a number of queries, including the following: why are so many viruses appearing all of a sudden? should Nigerians be concerned.

The appearance and reappearance of these viruses have posed a significant danger to the entire human population, upsetting the natural order of human affairs in a manner comparable to that which prevailed during the Covid-19 pandemic.

The resurgence of a number of infectious illness cases has sparked a significant amount of alarm, and this is an issue that needs to be addressed as soon as humanly feasible.

As with the Covid-19 pandemic, the emergence and reemergence of these viruses have posed a serious threat to the entire world community.

The fact that new viruses are emerging everyday is worrisome, the public should take note of the preventive measures and avoid getting infected

The health workers are doing a good job by creating awareness about this viruses . They should inform the public about preventive measures and what to do if they became infected

Awareness done… and let’s try all our possible best to prevent everything that contributes or will contribute to the outbreak this virus again.

We need to create more awareness to to public about all this deadly virus because the re-emergence of these viruses is a threat to the World. So we need to prevent it

While we take measures to control virus’ outbreaks, the genes of these organisms mutate and the community does not have any immunity against the new mutant, as in the recent outbreaks of monkeypox and the numerous hemorrhagic fevers. Aside the evolution of pathogens which is almost inevitable, the other cause of re-emergence wguch is human activity should be put in check to reduce our risks.

The re emergece of all these viruses is of great concern to the world globally,more awareness needs to be done because of our contacts with some of these animals and we should still maintain good hygiene

The re -emergence of these viruses is a threat to the World. Our health are going to be at stake here. The way we take care of our environment, the type of food we eat, adaptation to new environment in the right way etc, also contributes to this viruses coming out again. Let’s try all our possible best to prevent them.