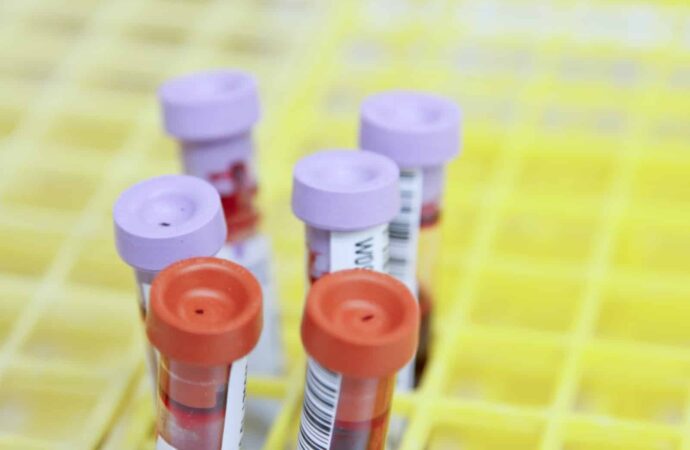 Nigerian women are advised to get vaccinated before exposure to the disease.

Cervical cancer, caused by an infection with high-risk human papillomaviruses (HPV) that is transmitted through sexual contact, develops in the cervix of a woman – the entrance to the uterus from the vagina. Persistent infection with HPV leads to the development of the disease. The cancer is described as the fourth most common cancer in women with a high tendency of killing. In 2018, it was estimated that 570,000 women were diagnosed with cervical cancer and it caused the death of 311,000 women.

It has also been recorded that only 5 percent of women in developing countries have been screened for cervical dysplasia, in the past five years, in comparison with 40 to 50 percent of women in developed countries. A recent study states that over 99 percent cases of cervical cancer around the world were estimated to bear HPV DNA, a virus that infects the cells of the cervix, and gradually causes precancerous cellular changes, that can develop dysplasia.

HPV vaccines help to prevent the development of cervical cancer.

In most cases, cervical cancer is preventable through Effective primary (HPV vaccination) and secondary prevention approaches (screening for, and treating precancerous lesions). However, it can be treated successfully, when diagnosed, through early detection and effective management. Also, in cases of late stages detection, the cancer is controllable with appropriate treatment and palliative care. The cancer is therefore preventable and curable, but is usually not assured that it will never come back even after undergoing treatment.

Human Papillomavirus vaccines (HPV vaccine) prevent the development of the cancer in girls and women before exposure to the virus. The vaccines give protection against at least HPV types 16 and 18, which are the cause of the greatest risk of cervical cancer. It is also estimated to likely prevent 70 percent of cervical cancer. Some evidences have, in fact, shown that the vaccination of large number of people within a population reduces the rate of HPV infections.

Dr. Olasupo Orimogunje, an Obstetrician and Gynecologist at Evercare Hospital Lekki, Lagos, in his advice to women concerning cervical cancer, asked them to embrace the vaccine. According to researchers, through vaccination, the cancer could be prevented at the preclinical stage. In Nigeria, approximately 8,000 women die yearly from cervical cancer, while the United Kingdom (UK) records this cancer as the 14th most common cancer in women. However, the introduction of vaccination and screening programs reduced the death rates to 850 yearly and is projected to reduce further in the coming decade.

Cervical cancer, however preventable it is, is responsible for the deaths of thousands of women in Nigeria, every year. Apart from the vaccine needed to prevent the disease, there is also a treatable precursor stage, which could last several years with the provision of opportunity for treatment before the cancer develops. Currently, it costs N40,000 – N50,000 to get full vaccination; this is considered a small amount, compared to the high cost of having to treat the cancer.

The obstetrician therefore urges charity organizations to sponsor programs of vaccination and screening in order to prevent cervical cancer in women, stating that the disease has the greatest consequence on the society at large, compared to other cancers that are likely to really affect people in the older age group. Early deployment of the vaccine as a preventive measure would save the lives of thousands of women, thereby, reducing the mortality rates caused by the disease.

Cervical cancer is one of the deadly diseases that affect women and also kill,with the introduction of vaccine to prevent it now,it will seriously go a way to reduce it and even eradicate completely.

The HPV vaccine will help woman in fighting cervical cancer, they need to be vaccinated to prevent them from the cancer which will save alot of life’s if they vaccinated

I believe more enlightenment should be done concerning the cervical cancer and the women should be ready and willing to be vaccinated so they are free from such disease.i think the price should be reduced a bit so many women would be able to take the full vaccination.

good move but many women don’t know much about the disease. So more enlightenment need to be made in public places, Television, Radio etc. So that many people will know about the HPV vaccine.

Make these women see reasons and importance why they should ensure they are vaccinated by enlightening them. with the introduction of the vaccines we have the preventive measure in place. They should make use of that.. and i believe vaccines will go a long way in preventing cancer in women.

The rate at which people die Of cancer is overwhelming. Since we have a vaccine now that can reduce the risk of cancer, women should try to get vaccinated

The disease is both preventable and treatable, but even after treatment, it does not typically come with a guarantee that it will not recur in the future.

It’s true that the cancer cannot be treated completely but then like we all know prevention is better cure.so affected women should get vaccinated regardless.

Successful treatment of cancer is possible after the disease has been identified, thanks to methods that include early identification and efficient monitoring.

By deploying the vaccination as a preventative strategy sooner rather than later, thousands of women’s lives could be saved, which would lead to a reduction in the overall mortality rate associated with the disease..

This disease has killed a lot of women in the world, the government has to find a way to make access to this vaccine easier for women

Women needs to be sensitized on this crucial topic because some of them don’t know what’s wrong when they see symptoms, they think it’s just one minor thing that is wrong with them.

The vaccine should be free because there are people in the country that won’t be able to afford that #50000, so they should fix this

Women’s should go for regular check for all type of cancer such as the most common and deadly cervical cancer and be endeavor to take the vaccine to be on a safer side. Those diagnosed with this cancer should not loose hope but rather focus on treatment to help them out.

Women need to be sensitized and encouraged to go for check up regularly. These diseases are really deadly. They should try to take the vaccine too, since it’s available.

Intensive awareness need to be created to enable women to be informed and get vaccinated against the disease.

Most women are not aware of this HPV and it potential danger to their health. Proper awareness needs to be done to them inform so that they can get vaccine for the disease.