Port Congestion and its negative effects 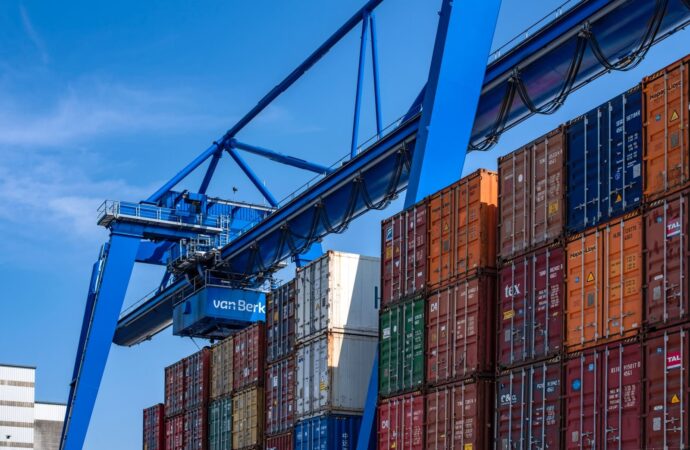 Ports around the globe are suffering backlogs and delays as items stack up.

Tin Can port Nigeria, (located in Lagos State), is no stranger to backlogs and delays, this has been going on for many years. The port is severely understaffed, and as a result, cargo is often backlogged for weeks or even months. The port also does not have the necessary equipment to handle the volume of cargo that passes through it, which often leads to delays. The government has been trying to improve the situation at the port, but so far, the results have been mixed.

The port is a critical piece of infrastructure that is responsible for handling a large volume of international trade. The government has been working to improve the port and reduce the backlogs and delays, but there is still more work to be done. The port is a vital part of the local economy and the government needs to continue to invest in it to ensure that it remains competitive and efficient.

Lack of a functional port infrastructure.

The congestion in the ports is amplified by an international backlog due to the Covid-19 pandemic. The global spread of the virus has resulted in a decrease in the demand for goods, as well as a decrease in the number of crew members available to work on ships. This has led to a decrease in the number of ships being able to dock at ports, and has resulted in a backlog of ships waiting to dock. The congestion in the ports is also being amplified by the fact that some global ports are plagued by increased delays for international traffic.

The global shipping crisis is not specific to Nigeria, but with Nigeria’s lack of functional ports, the country has been particularly affected. Nigeria is the largest economy in Africa, and its lack of a functional port infrastructure has resulted in a loss of revenue and jobs. The country has also been unable to take advantage of its location as a transit hub for trade between Africa and the world.

Companies are beginning to use the Calabar port.

The ongoing port crisis in Nigeria is causing significant financial loss for companies operating in the country. The crisis is a result of unreliable practices at the ports, including long delays in the clearance of goods and corruption among customs officials. This has resulted in a significant increase in the cost of doing business in Nigeria, as companies are forced to pay bribes and incur other additional expenses in order to get their goods cleared. The crisis is also causing delays in the delivery of goods to consumers, which is leading to shortages and increased prices.

The Calabar port is becoming increasingly popular for companies looking to avoid the congestion at the Tin Can port. The Calabar port, (located in Calabar State), is significantly less congested, has a shorter waiting time for ships, and is easier to navigate. In addition, the port is equipped with modern facilities and has a wide range of storage options. As a result, more and more companies are beginning to use the Calabar port to transport their goods.

The ports are unable to keep up with the demand.

Port congestion is having a significant impact on the economy as a whole. The shortages of fuel and other commodities are only making the problem worse. The ports are unable to keep up with the demand, which is causing a bottleneck in the supply chain. This is having a ripple effect on businesses and consumers alike. The cost of goods is going up, as is the cost of shipping. The longer this problem persists, the more damage it will do to the economy.