Polio is spreading around Nigeria 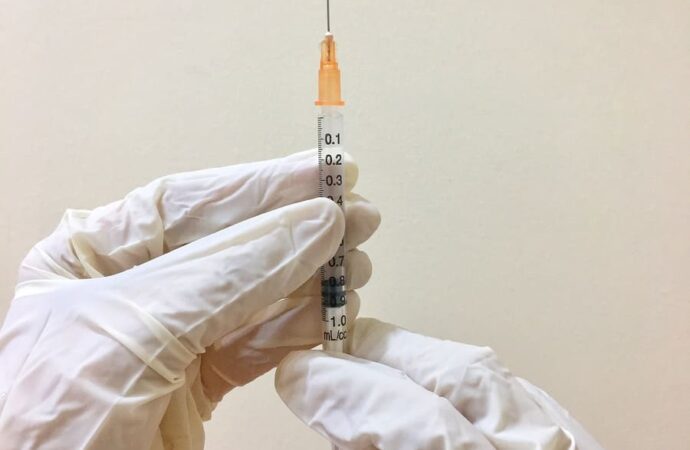 It’s time to raise awareness and encourage people to get the vaccine.

Polio was once affecting more than 100 countries, but current numbers are down to just two countries being Afghanistan and Pakistan. While the disease was at its peak, it killed or paralyzed hundreds of thousands of people every year. Over the past few decades, there have been incredible advancements in public health and vaccines. This has led to phenomenal progress in tackling disease and illness worldwide. The World Health Organization declared polio an international health emergency in 2014, and this declaration remains in place as professionals work to eradicate the illness.

This disease, also called poliomyelitis, is a highly infectious viral disease that mainly affects young children. The disease is known to be transmitted by sewage-contaminated water that is used for drinking. The diseased cells can survive for months outside of the body and are highly transmitted in places with open sewers. Asymptomatic infections are responsible for the majority of transmissions. These individuals often don’t know they are sick and can easily pass the virus on to others.

If exposed to high temperatures the vaccines ineffective.

There is currently no cure for polio, but public health officials are working tirelessly to eradicate the disease. The main focus of our efforts should be on mass immunization in order to help control the spread of the disease. The polio vaccine protects against poliomyelitis, a viral infection that can cause paralysis.

There are two types of vaccines, the oral polio vaccine (OPV) which contains live viruses, and inactivated polio vaccine (IPV) which contains killed viruses. OPV was developed by Albert Sabin in 1961 and is easily administered, but requires multiple doses to be effective. IPV was developed by Jonas Salk in 1955 and is given as a single injection. If exposed to high temperatures the vaccines are then ineffective and can not be administered.

As of 2021, nine states in Nigeria reported the disease.

After these vaccines were developed, there was a significant drop in cases, from 20,000 down to just hundreds. This is a testament to the power of these life-saving vaccines. The Nigeria Centre for Disease Control (NCDC) has announced that the country is free of active wild polio cases, as of 2020. This marks a significant milestone in the fight against the disease, which has been ongoing for many years.

Despite the challenges that remain in vaccinating the world’s remaining children, vaccination efforts are still opposed in some communities. There have been instances where polio workers have been attacked by militants. The recurrence of polio in Malawi in 2021 was just one year after it was declared in Africa to be polio-free. As a result of this, an immunization program was implemented by region. With the war in Ukraine, there are concerns that it might return to the country as well. As of 2021, nine states in Nigeria have reported cases of the disease: Niger, Ekiti, Lagos, FCT, Kwara, Nasarawa, Kaduna, Sokoto, Kebbi state has reported the most cases at 35.

Polio immunization is an important part of progressive health care systems for all children. By ensuring that all children are vaccinated against polio, we can help protect them from this debilitating disease. Developing approaches to mobilize vaccination workers to inoculate thousands of children daily is crucial and ongoing. The Rotary International played a large role in organizing and implementing these campaigns, along with the World Health Organization and smaller nongovernmental organizations.