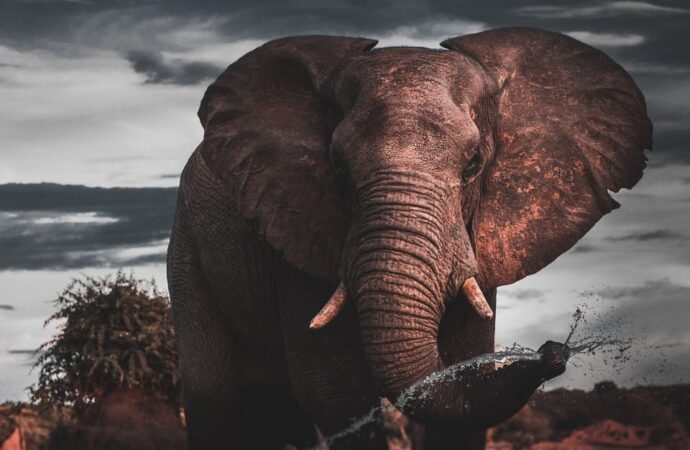 Mr Hameed Ali, CG of Customs has announced that Pangolin scales and elephant tusks have been intercepted in Lagos State, Nigeria. This seizure includes over 7 tons of illegal wildlife products. This is the fourth major seizure in Nigeria within the last 13 months. The Nigerian Customs Service is committed to preventing the trafficking of illegal wildlife products, and will continue to work with other agencies to halt this illegal trade.

The seizure was carried out on the second of February by men of the CGC Strike Force. The Customs General Service (CGC) is a paramilitary unit that is responsible for the enforcement of customs laws and the protection of the nation’s borders. The CGC Strike Force is a specialized unit within the CGC that is specifically tasked with combating smuggling and other criminal activities. On February 2nd, the Strike Force conducted a raid and seized a large quantity of smuggled goods.

At the checkpoint, authorities intercepted 15 sacks of Pangolin scales and four sacks of elephant tusks. The total quantity of Elephant tusks intercepted is 145kg while the total quantity of Pangolin scales is 834kg. The significance of this haul is twofold. Firstly, it demonstrates the ongoing demand for these animals parts in spite of increasing global awareness and regulation of the trade. Secondly, it highlights the porous nature of border controls, and the ease with which illicit goods can be smuggled into and out of a country.

The scales of the pangolin are believed to have many beneficial properties, including reducing inflammation, boosting the immune system, and helping to heal wounds. For these reasons, many people import pangolin scales for use in traditional medicine. However, as pangolins are becoming increasingly endangered, it is important to be aware of the potential negative impacts of using pangolin scales.

The trade in ivory is still lucrative.

Elephant tusks are often imported because they are a valuable commodity. They are often used in carvings, and can be worth a lot of money. Additionally, they are often seen as a status symbol, and people may import them in order to show off their wealth. Finally, elephant tusks can also be used for medicinal purposes, and some people believe that they have healing properties. Thus, there are a number of reasons why people might import elephant tusks.

The trade in ivory has a long and complex history, and Nigeria has been involved in the trade since at least the seventeenth century. Ivory has been used for a variety of purposes, including decorative objects, jewelry, and instruments. In Nigeria, ivory has been particularly prized for its use in traditional masks. The trade in ivory is regulated by the Convention on International Trade in Endangered Species of Wild Fauna and Flora (CITES), which prohibits the sale of ivory that has been obtained illegally. However, the trade in ivory is still lucrative, and Nigeria has been involved in several high-profile cases of ivory smuggling in recent years.