Opposition against new bill for hospitals 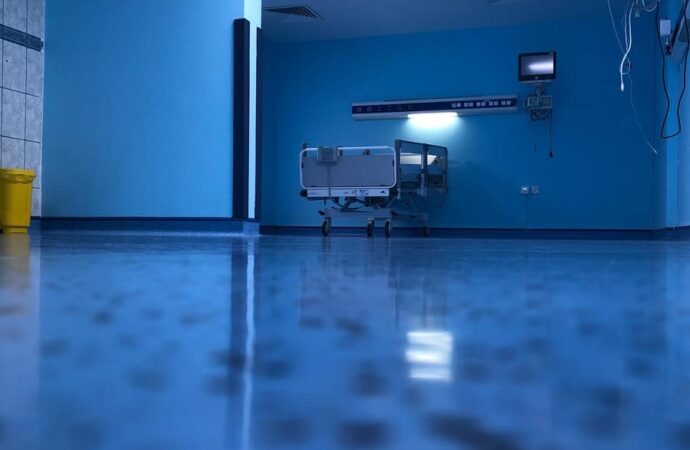 New rules and regulations to be enforced if new bill passes.

The Medical and Dental Consultants’ Association of Nigeria has voiced opposition to a bill that would change the qualifications for heads of university teaching hospitals in Nigeria. The Association believes that the bill does not reflect the best interests of the Nigerian people and would negatively impact the quality of healthcare in the country, and would thus lead to a decline in the quality of healthcare in the nation.

It would allow the Head of the Hospital to plan for the long-term.

This bill seeks to change the reference of the Head of Tertiary Health Institutions in Nigeria from Chief Medical Director. Nigeria currently has over 100 tertiary health institutions, which are responsible for providing care to the country’s population of over 200 million people. The current system of appointing a Chief Medical Director to head each institution has been in place for several decades, and has resulted in a number of challenges, including a lack of coordination and accountability, and a lack of transparency in the management of these institutions.

This could result in a loss of accreditation for some institutions.

Governing Boards of Federal Government Tertiary Hospitals are responsible for the overall management and supervision of the hospitals. They are tasked with ensuring that the hospital facilities and services are of the highest quality and meeting the needs of the patients. In order to achieve this, the Governing Boards must have a good understanding of the other related matters that affect the hospital, such as the financial situation, the staffing levels, and the quality of care. They must also be able to restructure the composition of the Board when necessary to ensure that the hospital is run effectively and efficiently.

This would change the way physicians practice medicine.

The new bill would largely affect physicians. As they are trained, oriented, and experienced to focus on the primary users of hospital services, the patients, the bill could directly impact their care. The bill is designed to improve patient care and safety, and to make sure that physicians are held accountable for their actions. This would change the way physicians practice medicine, and would impact the way hospitals function. The bill would also have a financial impact on physicians, as it would increase their liability insurance premiums. The full effects of a bill may not be known until after it is passed. This is because the ramifications of a bill may not be fully understood until it is put into practice.

Opposition against new bill for hospitals – New rules and regulations to be enforced if new bill passes. – Express your point of view.

Before any new bill they should look at the advantage and disadvantage if it will work well. We want good health system

We can’t afford to allow such bill that will bring down our quality of our healthcare to be passed.I love the move taken by the Medical and Dental Consultants’ Association of Nigeria to oppose the passage of the bill. Are our government contempted with the way our healthcare sector is? Anyway they are too quick to run to abroad for treatment.

We already have weak healthcare sector. We can’t allow such bill that well further weaken the healthcare sector to be accepted. What government need to do is to pump money into the health sector for quality healthcare and not bills that are not benefiting to the country.

Last edited 1 month ago by DimOla
0

The new bill is suppose to better how hospital is been manage but if the disadvantages is more than the advantages,it should be step down for interest of the masses.

The passage of this bill would almost certainly result in a heightened level of scrutiny from relevant accrediting agencies. This could result in certain institutions losing their accreditation, leading to a decrease in revenue for those institutions. This is a good bill, but those organisations don’t want it to pass since it won’t put money in their pockets if it does.

The MDCAN clearly does not want their services to be regulated because why else will they be against a bill that supports regulating their activities and giving definite terms to their leadership in the institution. Charging of leaders should not be an issue when obviously the organization does not belong to one person

The amount of regulation that would be placed on these institutions will rise as a result of this bill, which is a really positive development, and I am in favour of it.

The passage of this bill would almost certainly result in a heightened level of scrutiny from relevant accrediting agencies. It is possible that as a consequence of this, certain institutions could lose their accreditation, which will afterwards result in a drop in revenue.

They should seriously change the medical director system because it is clearly not working. The government hospitals lack organisations in every department

Before these guys propose any bill, they should first look into the issue of hospitals being understaffed. They should employ enough doctors and nurses in hospitals to ensure their smooth running.

MDCAN is obviously opposing this new bill for their own best interest, if they are really interest in saving people’s life then they should not be bothered about the number of years they’d spend in a position

To uphold the country’s excellent standards for medical care, the Nigerian government should reconsider the bill. Although the bill would greatly benefit patients, it is better to put a stop to it for now considering the detriment impact it would have on the country’s tertiary medical services.

Both MDCAN and the government has a points, as they all seek what they believe to be the best practices.

However, it is necessary that they both reach an agreement.

Lowering the standard for head of tertiary hospital might also reduce effectiveness and transparency, and also they should be choose based on capacity and performance.

My perspective, any proposal/bill that will have negative effects on the standard of health care should not be signed into law. Actually we are still hoping on good health system. I’d prefer to oppose the bills so that standard of quality health system we are building will continue and well monitored.

The government should provide these governing boards with funds to adequately run these hospitals, and we, the citizens, will have better lives.

If the bill were to have a detrimental effect on the standard of medical care offered in the country, it would likely cause general deterioration in the middle of medical care provided across the country; then, it should be abolished.

I think the new bill might be too much of a burden to the health sector. This is why there has been an uproar against its implementation. Laws that will govern the health sector should be one that will enhance the input and output of the health care system. People should be the beneficiary of the initiatives being put forward for the nation to move forward.

I can’t support or opposes the bill. The head office should not be worried of how to stay long or been removed it should be on how effective and efficient you are and it also enable the safety of patient more priority

The bill has quite a number of impact as highlighted by the MDCAN. I can’t outrightly support or oppose the bill, as I’m not so informed in the field. And this is from an opposition, so we don’t expect to see the positive side of the bill from their perspective.
One of their argument is they don want HOH be worrying about being removed from position, rather focus on providing quality care. Isn’t there a tenure, or do they want to stay there forever? Idg

The bill carries a lot in it in but looking at the implications it will have on the tertiary health institutions in the country it’s best to be opposed to continue and keep the standard quality health care service in the nation, the Nigeria government should reconsider the bill.

My understanding of this bill is divided. I do like the fact that physicians will be more accountable than before and patients care and safety is giving more priority. On the other end, am not in support of hospital heads not holding the office for long. I believed this position should be held longer to fully accomplish the tasks.