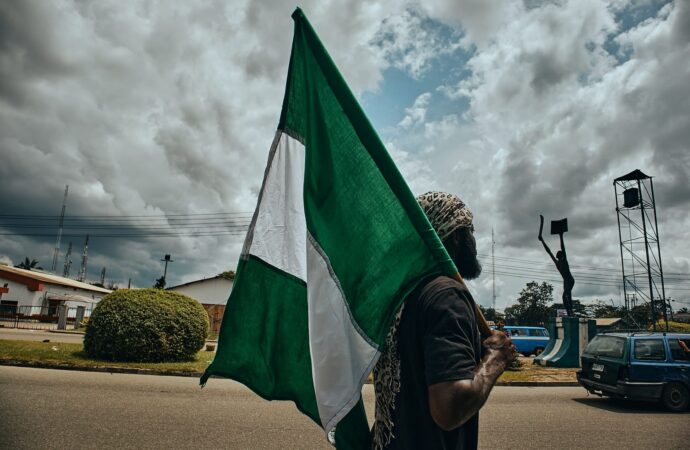 It is up to Nigerians to decide whether presidential campaign promises are genuine or fake.

Nigeria has had four republics so far, the current one being the fourth. Nigeria became a republic in 1963, succumbed to military rule shortly after, had her Second Republic in 1979, a Third Republic which was annulled in 1993, and finally a Fourth Republic in 1999 till date. But from the First Republic to now, tactics employed by Nigerian politicians to get the electorates votes have largely been the same. They come to the public promising heaven and earth, slightly modifying the promises each election period to suit the situation at hand. These people have been quite successful because the people and institutions in the country have been willing collaborators, aiding and abetting them to suit their own interests. One of such institutions is the media, an institution which should serve as the conscience of the nation and keep the public office aspirants in check. Many believe that the media has been instrumental to the rise of many politicians by its involvement in propaganda and strategic vitiation of the opposition.

With the general elections fast approaching, scores of politicians have now revealed their intentions to run for the office of the president in 2023. Obviously, they all come bearing promises and good intentions. Many well-known names who have made their presidential aspiration known include: Vice President Yemi Osinbajo; former vice president, Alhaji Atiku Abubakar; former governor of Lagos State, Asiwaju Bola Ahmed Tinubu; former senate president, Bukola Saraki; former senate president, Anyim Pius Anyim; minister of transportation, Rotimi Amaechi; governor of Kogi State, Yahaya Bello; and a host of governors. Apart from these well-known politicians, even the virtually unknown have also publicized their intention to run for the highest public office in the land, all telling their own version of promises and good intentions.

But are these promises and intentions genuine? It has been widely reported and witnessed by the older generation in the First Republic that politicians had covered untarred road in sand, giving the impression that the roads will soon be the newest highways in the world. But as soon as they won the elections, they packed the sand away, never to return to it until another election period. This is undeniably deception to garner votes and leave the electorate in dashed hopes. As in the First Republic, so do we have it in the Fourth Republic. Promises are made, some actions are carried out, and the public is swayed to their side. This has since happened since January 2022.

Prof. Yemi Osinbajo, for instance, promises to end the “UP NEPA” chant that practically everyone in Nigeria is used to, even though the electricity companies have been renamed multiple times and ownership transferred to other entities. Asiwaju Bola Ahmed Tinubu, in his own campaign efforts, promises to employ 50 million youth and feed them “agbado” (Yoruba for “corn”) and “a egg a day” [sic]. Governor of Rivers State, Nyensom Wike, said Nigeria is a “wahala” (problematic) country and that only a “wahala” person like he can rule the nation.

Yet, it is still democracy and Nigerians have the right to choose and vote for any candidate of their choice. Whether their promises and intentions are genuine or fake is left to the electorate to decide. But some unpopular personalities have also made their own promises too if elected president of the country. One of them is 38-year-old Ms Khadijah Okunnu-Lamidi, who with her two degrees in Business Management and Strategic Projects, has threatened to also join the race. Although she is best known as the daughter of former Federal Commissioner for Works and Housing, Chief Femi Okunnu, she said her desire to contest the presidency is not a publicity stunt but a desire to serve the country that she loves and within which all her future resides.

While age may not be a criterion for running for the office of the president of Nigeria, some may find the declaration of interest of 102-year-old Ms Nonye Josephine Ezeanyaeche to enter the presidential race a bit humorous. She is nicknamed “living legend” and “Mama Africa” and is the founder of Voice for Senior Citizens of Nigeria group. Some have postulated that these unknown aspirants joining the presidential race are just doing it to be noticed by the elected ones so that they have a chance at being appointed as part of his or her cabinet. Whether this is true or false also lies in what happens after the election.

Finally, one of the ways in which politicians have used to sway the public is using the name of God. Pastor Tunde Bakare, the President of the Latter Rain Ministries, Inc. (Church Development Centre) in Atlanta, USA, has once said that God has ordained him to be the president of Nigeria, specifically saying that President Muhammadu Buhari is number fifteen while he is number sixteen. Pastor Enoch Adejare Adeboye, founder of the Redeemed Christian Church of God, has also been recorded praying for presidential candidates at the headquarters of his church, the Redemption Camp. Some have criticized this as indirectly endorsing the candidates, seeing that Nigerians are quite religious and want to believe that anything their General Overseer says is Scripture. More of these will unfold in the coming months even to the eve of the election. It is up to Nigerians to decide whether these promises are genuine or fake, and whether any candidate has good intentions or just lying.

Wow 2023 alas false promises are on the rise cause of the political offices they all seem,wow get your pvc your vote is your right