One problem with policing in Nigeria 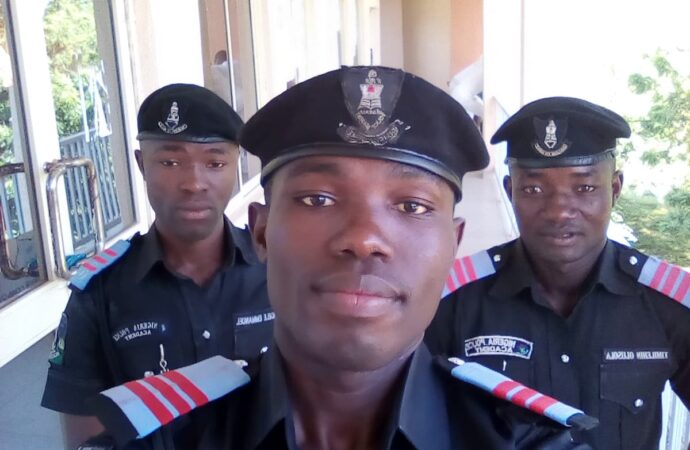 We ask officers to risk injury, but we don’t assist them when injured.

The Nigerian police force is responsible for maintaining law and order in the country, and they must constantly adapt to new and changing threats. Nigeria is a large and diverse country, with many different ethnic and religious groups. This can make policing a challenge, as the police must be sensitive to the needs of all groups. The police in Nigeria are often under-funded and under-trained. This can lead to corruption and abuse of power. The police must also deal with the problem of organized crime, which is a major problem in Nigeria. Policing in Nigeria is a difficult and dangerous job.

New Police Recruits receive a wage of ₦9,019.42 monthly, this is the initial base wage that all recruits get paid. At rank nine we have the Sergeant Major On Grade 06 which receives ₦62,204.88 monthly. Some officers go beyond Sergeant Major to earn higher wages, but most officers remain within the first nine levels.

Officers who are severely injured in the line of duty often do not receive adequate care. This can lead to a number of problems, both for the officers and for the agencies they work for. Officers who are injured on the job can face a number of challenges such as physical pain, trauma, psychological and social effects. Eventually the injured officer will receive a one time payment as compensation, which usually is only a fraction of the medical expenses endured.

A culture of corruption within the force.

The Nigerian police pension system is in dire need of reform. Presently, the average monthly pension for retirees with a rank of Sergeant Major or lower is a measly ₦12,000-₦25,000. This is simply not enough to live on, especially given the high cost of living in Nigeria. The government needs to do more to ensure that its retired police officers can live with dignity in their golden years.

Police in Nigeria are paid relatively poorly compared to other countries in the world. This is due in part to the low taxes collected by the government and the lack of investment in public services. As a result, police officers are often forced to supplement their income through bribes and other illicit means. This has created a culture of corruption within the force which makes it difficult for the police to effectively maintain order.

Officers are more likely to be injured on the job.

We ask officers to carry out their duties at risk of injury, but have no adequate program in place to treat them when injured. This is a problem because officers are more likely to be injured while on duty than the average person. When officers are injured, they need to be able to receive treatment so that they can recover and return to work, if they are unable to work they need to be properly compensated. Until a program is in place to backup the officers, risks taken by the officers will be limited, which is one of the factors contributing to corruption and insecurity in Nigeria.