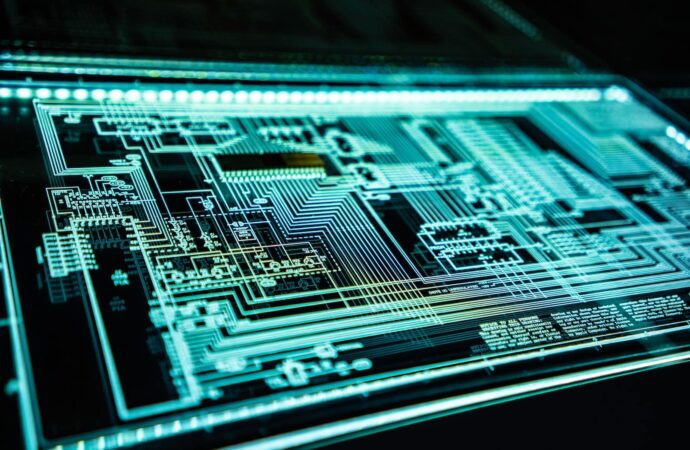 Minister of Communications and Digital Economy, Dr Isa Pantami has projected Ogun state to develop over the next years as Nigeria’s Silicon Valley. This prediction is a result of Ogun state’s adoption of the Information and Communication Technology (ICT) initiative which is set to be applied in all of its governmental sectors. Silicon Valley is located in the San Francisco Bay area in California State, USA, popularly regarded as the home of numerous global start-ups and technology-based companies like Apple, Facebook and Google.

Prior, Ogun state’s governor, Dapo Abiodun had been making efforts to inculcate the state as a technological hub. He commenced by the unveiling of the Ogun state portal that helps with linking youths with job opportunities. Since, other measures to improve the state’s technological development like the laying of over 5000km of fiber optics cables to further increase the internet connectivity. The state also launched an open living lab and pre-incubation space, a technological hub scheduled to improve creativity in the state.

Computer Society to hold their international conference in Abeokuta.

Pantami made this statement in his visit to Ogun state governor, Dapo Abiodun with the Nigeria Computer Society (NCS). The president of the Nigeria Computer Society (NCS), Professor Simeon Sodiya also noted that while the visit aimed at informing the state’s governor of the society’s international conference which is themed “Smart, Secure and Sustainable Nation”, and is scheduled to be held in Abeokuta. He highly praised the governor’s policies at developing Information and communication technology in the state.

The Ogun state government have inculcated technology to improve the areas of finance, land administration, ICT hub and job portals and other sectors. Professor Sodiya further asserted that the society’s members have seen huge signs from the government that indicates the improvements in the information and communication technology development by implementing programs that will enhance the growth in the state. Thus, the conference is set to reward the society with immense opportunities to brainstorm ideas that will further help in developing the state.

Information Technology of the state, Governor Abiodun in response, stated that the state was working on further developing the technology level in the state. He asserted that he had seen immense improvements in the learner certificate number, when the digital curriculum infrastructures in education were completed. Recognizing the impactful place of Information Technology in changing the world, the governor asserted that his administration was putting in place, infrastructures and mechanisms to create a conducive environment for business by the use of technology.

One of the mechanisms initiated by the administration was the idea of “The Governor’s Challenge”, which was introduced at the Ogun Tech-up to pick out tech prospects. He also alluded this initiation as an opportunity to inculcate youths with technology knowledge and divert them from indulging in negative practices. On how the state was engendering technology with its affairs, Governor Dapo Abiodun stated that technology is used in all the state’s economic sectors.

NCS to initiate ICT programs that will be accessible to Nigerians.

Further outlining the state’s accomplishments with technological advancements the governor noted that a technological paradigm, which they regarded as Ogun Teach was used during the pandemic to reach out and aid children’s education in the state. He also stated that technology has helped globalize Adire, one of the state’s leading economic product. He however praised the Nigeria Computer Society for choosing to host their conference in Ogun state, charging them to introduce ICT programs that would be impactful and more accessible to Nigerians.

Let’s see how Federal government make Ogun the center of silicon valleys. If this is done, it will make Ogun become more civilized. I hope the crimes and criminality in that state reduce for good initiative and development be established in the state.

This is encouraging because the state is committed to elevating the current level of technological sophistication throughout the state.

This is brilliant because it will also help in providing employment opportunities for our youths so they don’t venture into illegal jobs.

Ogun state will become more advanced and this will be good for us as a country, it will boost our reputation in the world

Nice one by Ogun State they did well. Congratulations…. This will create more space for job in Ogun state.

The state is performing well, and they have also built an open living lab and pre-incubation space, which is a technological hub that is scheduled to increase creative capacity in the state.

The laying of more than 5000 kilometres worth of fibre optic cables will further boost internet access, which will lead to a major growth in the state’s technical development.

That is indeed a great sign that in the future Ogun state will become a world class hub of ICT. That is a good job by the Governor of Ogun state. We want to see more of these.

These are the kinds of things we are expecting from the government. Science and technology is fast becoming the order of the day. Now the world can’t do without ICT. Kudos to Governor Dapo Abiodun the governor of Ogun state for this steps taking to make Ogun state the hub of ICT . He can still do more.

This is a nice development AMD advancement for the state. With all the proposed technology intervention they will really hit the peak and probably become an IT powered state if properly managed.

Looks like the Ogun state governor Mr Dapo Abiodun is doing a good job, these are the things we love to see. He should keep it up

Impressive development. The world is diving towards tech. These innovations would make the state tech-inclined. Kudos to the governor

If the proposed is accomplished, it will provide employment opportunities, it will make Ogun become more civilized and it will help their businesses.

This governor of Ogun state is doing a good job, and his government is working hard to put in place the infrastructures and processes that would make the state more friendly to economic endeavours through the application of technology.

Finally a state us advancing earth the world. The world has become a tech world, people are definitely going to get alot of opportunities through this platform

This introduction into information and technology in the state provides an opportunity to provide young people with technological expertise and deter them from engaging in harmful behaviours.

A country or organisation without computer or IT know how can not meet up with the development.IT create job for the masses and it makes the job easy and fast.

Ogun state has made the best decision by wanting to switch to technology. This will ensure a smooth operation and even create more job opportunities

Manual method of operating is now outdated. So I’d urge all states in Nigeria to adopt the tech ways because it will make their work easier.