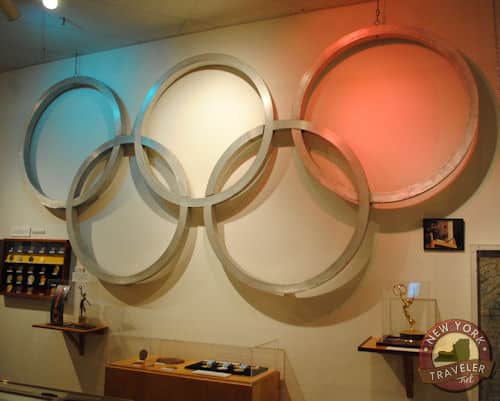 Ostarine and lingadrol were found in the sample of Grace Nwokocha.

On September 3, 2022, there were likely indications that Nigeria might get stripped of one of the gold medals recently won at the Commonwealth Games in Birmingham, England. Which took place from July 28 to August 8, 2022, as a result of a failed drug test of one of the athletes. The gold medal that was under threat was won in the 4x100m Women’s event by Grace Nwokocha; other athletes from the winning quartet are Tobi Amusan, Favour Ofili, and Rose Chukwuma.

The quartet, at the end of the race, were able to set a new African Record of 42.10s to win what was supposed to be Nigeria’s 11th gold medal in Birmingham. However, the results of the tests conducted on athletes by the athletic body, revealed on Saturday night that Ostarine and Lingadrol were discovered in Grace Nwokocha’s urine sample. Resultantly, she has been issued a provisional suspension by the Athletics Integrity Unit (AIU) for doping.

The Games involve athletes from the Commonwealth of Nations.

The 22nd and most recent Commonwealth Games took place in Birmingham, England, from July 28 to August 8, 2022. Birmingham was announced as the host of the 2022 games on December 21, 2017, marking England’s third time of hosting the games. The next Commonwealth Games, however, will be the first ever games recorded in history to be held in a decentralized manner, as the games are scheduled to be hosted across four cities in the Australian state of Victoria from March 17 to March 29, 2026.

Nwokocha has been suspended until a final hearing under WADA rules.

According to the disclosure on the night of September 3, 2022, the anchor leg runner of Nigeria in the 4×100 women’s relay, Nwokocha, will be under provisional suspension until the final conclusion of investigations. Due to the suspension, the athlete will now be exempted from any other competition, pending until when the athletic body takes a final decision at a hearing conducted under the rules of the World Anti-Doping Agency (WADA), a global body that coordinates and harmonizes anti-doping rules and policies across all sports and countries.

AFN and AIU made no public statement until the result was certain.

Prior to the public affirmation of the failed drug test, the Athletics Federation of Nigeria (AFN) refused to release a public statement stating the identity of the athlete, although an AFN board official revealed how unhappy they are concerning the sad turn of events. The official advised that the public wait for the release of an official statement, while describing the incident as sad. Similarly, the Athletics Integrity Unit (AIU), the body responsible for combating doping in the sports industry, made no public statement until the result was certain.

it is a painful thing that despite all warnings Nwokocha will do such,we are not yetover with Okagbare issue of doping with11 years barn,it’s a for other athletes that will loose their gold medals because of this

This is just a bad behavior from her why not follow the rule not to get dope it is act of cheat, this kind of issue have happen again. Serious warning should be giving to all this athletes not to do this kind stuff

We know how Athletes are supposed to be careful with doping rules. It is unfortunate one of our athletes took some substances which has broken the doping rules. She is justly suspended then.

Is good to keep the rules and regulations of the Athletics.
Is it that they just found out On September 3, 2022. This one surprise me oo

I feel the athlete should know there are rule and regulation they are to abide by…warning should be given to all athletes…anyone found guilty should be severely punished.

This is quite unfortunate. Clearly, she knew the rule. You can’t always try to beat the system.

Because of the suspension, the athlete will not be allowed to participate in any additional events until the governing sports organisation reaches a conclusion regarding their case during the hearings that are scheduled to take place.

Damn, can’t these our athletes perform with using enhancement drugs?? This is very sad and it shouldn’t be happening.

I find it upsetting that she has been given a provisional suspension for doping by the Athletics Integrity Unit (AIU), and I sincerely hope that it will not have any impact on the other competitors in the 400-meter race.

Commonwealth Games competitors should not engage in doping at this quadrennial international multi-sport tournament among athletes from the Commonwealth of Nations which is also known as the Friendly Games.

If there were not a global agency that coordinates and harmonises anti-doping rules and practises across all sports and countries, cheating would have been a common thing. It is fortunate that there is such a group.

We can easily define the situation as terrible since it destroys the sport’s aesthetic, the public should wait for an official comment to be released.

The organisation that is in charge of preventing doping in athletic competitions did not issue a public statement until it was certain what the conclusion would be; therefore, we shouldn’t hurry to pass judgement.

It is sad to come across news like this , these athletes representing Nigeria In international games are meant to be on their best behavior.

This is just unacceptable behaviour on her part; why not follow the rule that states one should not get high? Doing so would constitute an act of cheating, and we have seen this kind of problem arise once more. All of these athletes ought to be issued a stern warning to discourage them from engaging in such behaviour.

This is a very embarrassing situation, why did this have to happen just after she made the country proud. It won’t hurt to follow the rules though

These athletes should be shameful of her illegal act and trying to drag Nigeria as whole in to it. She should be penalize according to the law.