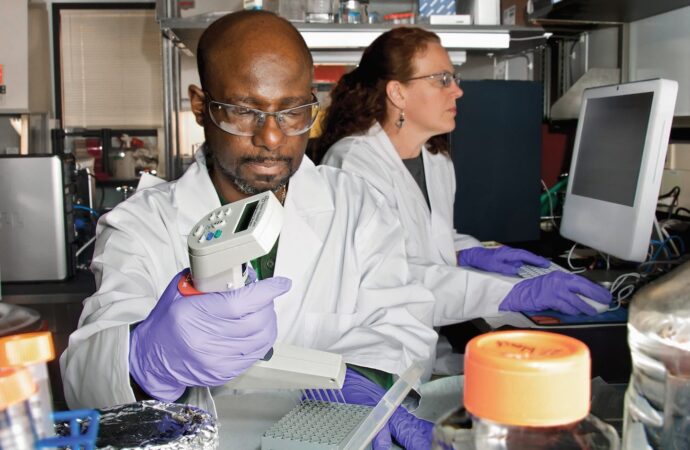 Due to the alleged tampering of a $12 million contract for warehouses upgrade in 13 states by some unidentified NACA official, the Global Fund for tackling AIDS, Tuberculosis and Malaria has halted procurement in the National Agency for the Control of AIDS (NACA). Numerous auditing agencies employed by the international financing and partnerships organization also raised concerns over the financial inconsistencies and processes evident in NACA and as such a 5-member team from the Global Fund is currently assessing the NACA’s procurement processes which will last from September 4 up until September 30.

Following this development, the healthcare programs controlled by NACA will now be managed by the National Tuberculosis and Leprosy Control Programme. Nigeria boasts as the biggest recipient of the Global Fund’s grants, receiving an allocation of over $1.5 billion for the 2017-2019 and 2020-2022 funding cycles respectively. Besides this, the country was also allocated $294 million for the mitigation of the Covid-19 pandemic’s impact on the health sector. Globally, Nigeria is third on the list of HIV infections, with over 1.7 million people living with the disease. Statistically, Nigeria also has the highest number of Tuberculosis infections in Africa and sixth in the world. As at 2019, Nigeria also had the highest number of Malaria cases and death.

The Global Fund, which was founded in 2002 by Bill Gates, Melinda French, Kogi Annan, Jeffery Sachs and Amir Attaran, invests a yearly grant of $4 billion, in a bid to support programs and curb epidemics in over 100 countries. It launched another three grants in 2021 to further combat HIV, Tuberculosis and Malaria, as well as helping Nigeria build a more sustainable health care system. These new grants which is posited to cover an implementation period between 2021-2023 is allegedly worth over $900 million, an over $200 million increase from the previously allocated 2018-2020 grant. Obtained data however indicated that the $725,537,538 grant for curbing HIV, Tuberculosis and Malaria, as well as for creating a sustainable health system in Nigeria was allocated to NACA for management.

However, recent discoveries show the lack of transparency in NACA’s procurement processes. Upon audits, numerous discrepancies have been identified. Reports now suggest that the suspension of these procurements might lead to withdrawal of unspent grant, if the issue is not addressed immediately. A senior official explained that the Global Fund, in collaboration with the state were expected to foresee the funds for upgrading warehouses to pharma-grade standards. Upon the financial evaluation of this project, they found out that the financial bids had been allegedly tampered with and due to the protests by contractors, the procurement exercise was forcibly suspended with 21 percent of the approved grant for the 2021-2023 funding cycle spent.

Conflict, as minister’s daughter is recommended to oversee procurement.

In a bid to resolve this procurement problem, the Country Coordinating Mechanism (CMM) and the Global Fund team decided that the procurement be handled by the National Tuberculosis and Leprosy Control Programme which is also in charge of implementing the global funds program on Tuberculosis. The CMM were however, alleged to be at loggerheads after it was recommended that the procurements overseen by the Special Assistant to the Health Minister, Itohan Ehanire, who is also the daughter of the Health minister. Reports indicate that there is clearly a conflict of interest, with a large number of the 24-man committee, displeased as to how the CMM and Global Funds are handling this problem.

The Executive Secretary of CMM, Mr. Ibrahim Tajudeen argued that the conflict should be on the basis of delivery of the grant’s health benefits to Nigerians, rather than the personalities managing the procurement. He noted originally that it was the responsibility of the SA to the Minister to provide an oversight of the grant implementation, as well as resolving the issues that might hinder the program’s beneficial progress. On Global Funds reviewing NACA’s procurement process, Tajudeen stated that it clearly illustrated Global Fund’s lack of trust in the management of NACA.

NACA’s Director-General claims there was no formal communication.

Surprisingly, NACA’s Director-General, Dr. Gambo Aliyu stated that he was unaware of the Global Fund’s decision to outsource the management from his agency as there was no formal communication. He also denied the commitment of any procurement fraud under his administration. The Spokesperson for the Health Minister, Ahmadu Chindaya, asked about the issue of the Minister’s daughter overseeing NACA’s procurement process gave no tangible remarks, demanding that the question be posed to the Minister alone.

My dear country is full of cruise anything concerning financial funds they tend to misappropriate funds just for their personal benefits something so important as health also going through all these debacles to the extent of losing global grants this is so disheartening.

Well inasmuch as the grants are very important especially as a result of the type of diseases we are talking about here, we can’t really blame the international organizations. We should also be ready to provide enough funds to tackle these diseases. We are not doing enough in our health sector at all.

It is most unfortunate that this kind of thing is being said about NACA. It all shows the kinds of administration we are in. Very corrupt administration. I stand to be corrected the larger operations of corruptions in Nigeria is being carried out by the North fulanis who mask behind their brothers occupying prominent position in Nigeria. It is their believe that they will be protected by their brothers.I hope that Nigeria be able to get grant to be able to fight against HIV, TB, Malaria and other related ailments.

losing global grants on health is too bad. Anything that has to do with health is very important. This our present government is not taking anything serious

The national AGency for the control of aids has disappointed us, how can they misuse fund that was contributed for the well-being of the citizens of Nigeria?? Now they funds are likely to be withdrawn.

The rate of corruption in Nigeria is gradually affecting us globally, a lot of controls should have been put in place to avoid situations like this.

This is really sad. The government has shown the world how disgusting and inhumane they are, yet again.

It’s terrible to lose international health grants. funds allocated for the residents’ wellbeing. Everything that has to do with your health is crucial. Our current administration doesn’t take anything seriously. This is unacceptable.

Concerns regarding the financial irregularities and practises that are apparent in NACA have been raised by a number of auditing companies that are employed by an organisation that facilitates international financing and collaborations.

The National Tuberculosis and Leprosy Control Programme will now be in charge of managing the healthcare programmes that were previously controlled by NACA, which is a very positive development.

Losing foreign health grants is horrible. money set aside for the people’ welfare. Your health is vital in everything it has to do with. Nothing is taken seriously by the current administration in our country. This must change.

It is a very significant development because management of the healthcare programs that were previously under NACA’s jurisdiction will now fall under the National Tuberculosis and Leprosy Control Programme.

During the course of the project’s financial evaluation, the financial bids had been allegedly tampered with, prompting protests from contractors and ultimately forcing a halt to the procurement exercise and that’s bad and should not be happening.

If this issue is not addressed right away, it may result in the suspension of these procurements, which could lead to the withdrawal of any unused grant money.

It is more important that the health benefits of the grant be delivered to Nigerians than it is for the personalities managing the procurement, so this should be the basis for the conflict.

Corruption has always been the may problem of Nigeria since ages and it’s getting worst and worst everyday,this is the may reason why the country is not moving forward and it’s very sad.

We are not doing enough in our health sector at all….really bad! Enough funds to tackle these diseases should be provided.

Nigeria has display their true color again. Now the global grant for HIV, TB, Malaria is inaccessible again by Nigeria due to financial inconsistency of NACA. It is well with Nigeria.