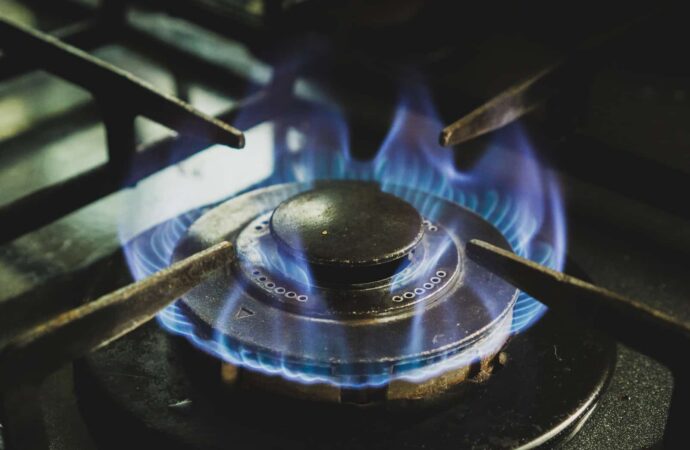 The Federal Government of Nigeria is seeking an initial $10 billion from international funders to kickstart an energy transition plan, which is to extend energy access to 90 million Nigerians with solar panels and a doubling of gas power generation this decade. With this plan, it aims to lift 100 million out of poverty by 2030, bring energy access to the full population, and shift to cleaner energy sources. The plan was published on a purpose-built website and launched by Vice President Yemi Osinbajo during an online event which was supported by a number of non-governmental organizations (NGOs).

This plan is supported by Sustainable Energy for All, the Rockefeller Foundation, and the Global Energy Alliance for People and Planet. It aims to provide electricity to an estimated 90 million people who lack it by the end of the decade while also putting the country on a path to achieve net zero emissions by 2060. To deliver, Nigeria is relying on gas as a transition fuel. The government expects to significantly increase gas consumption during “the decade of gas” as declared by President Muhammadu Buhari.

Gas consumption set to double in the power sector in the 2020s.

Our government estimates the price tag at $410 billion by 2060. The vice president said, “For Africa, the problem of energy poverty is as important as our climate ambition. The current lack of power hurts livelihoods and destroys the dreams of hundreds of millions of young people.” Climate and energy experts welcomed high-level political attention on the issue. Some have criticized the government’s focus on gas, while oil and gas workers have complained that they had not been consulted. Of course, Nigerians who could afford it have been relying on polluting diesel and petrol generators as backup to frequent power outages. The government plans to end this by 2050 by massively expanding solar generation capacity.

By 2060, it would replace all polluting cookstoves with electric or biogas ones and electrify 100 per cent of passenger vehicles. Gas consumption is set to double in the power sector in the 2020s. It will significantly increase in the cooking and industrial sectors before nearly phasing out by 2050. Oil and gas refining capacity will massively expand. Ovigwe Eguegu, a Nigerian policy adviser at the consultancy Development Reimagined, praised the government’s plan. “I think the energy transition agenda that the vice president is championing is rooted in the realities on the ground,” he said.

However, while gas power stations burn cleaner than household diesel generators, they still rely on fossil fuel, which generates greenhouse gas emissions. Carley Reynolds of Climate Analytics told Climate Home that “this is a missed opportunity for more ambitious near-term action.” It “risks Nigeria investing in stranded assets and locking into carbon-intensive infrastructure, when it should be investing in ever-cheaper renewables.” Vice President Yemi Osinbajo said he was seeking an initial $10 billion from other countries to support the plan.

This is along the lines of the package offered to help South Africa pivot away from coal. Coal is largely absent from Nigeria’s energy mix. Vice President Osinbajo departed Abuja on Wednesday, August 31, 2022, for the United States to seek global partnerships and support for Nigeria’s recently inaugurated Energy Transition Plan. Osinbajo is leading Nigeria’s Energy Transition Working Group (ETWG) on the US mission for meetings. The meetings, which starts on September 1, 2022, are to promote the plan and secure global support from the US government, the private sector, and other development partners.

By 2030, the government anticipates 140,000 jobs in the oil and power sectors to be cut compared with 2020 levels. By 2050, that number would increase to 260,000 including job losses in the gas sector. But shifting to cleaner energy sources would overall create more jobs. It is estimated that 340,000 jobs will be created by 2030 and up to 840,000 by 2050. This will be largely in the power, transport and cooking sector. The general secretary of the Nigeria Union of Petroleum and Natural Gas Workers, Afolabi Olawale, told Climate Home that the union had not been properly engaged in discussions about the transition. He said, “You cannot make a plan without talking to those being impacted. We are finding it difficult to see how the plan will work.” He said the jobs that will be created involved different skills to oil work and no plan has been laid out to retrain those poised to lose their livelihoods.

Another 10billion dollars is been seek again by federal government in order for over 90 million Nigeriansto have access to gas,hmmmm will te money be judiciously used it’s a capital no….. Nigerian government are jester.

The the use of gas led instruments in Nigeria has showed how important gas will be in this country. It is one of the energy plans of the government. I can only hope that the fossil fuels that is relies upon for distribution of theses gases doesn’t diminish.

The entire population will have access to electricity, and we will change to cleaner energy sources as a result, therefore this is a positive development.

Gas is being used as a transition fuel in Nigeria, which is necessary for the country’s delivery. The government anticipates a considerable increase in the amount of gas that is consumed.

It is imperative that something be done about the current electricity crisis since it imperils the livelihoods of hundreds of millions of young people and dashes their hopes and goals.

Some people have voiced their disapproval of the government’s emphasis on gas, while employees of oil and gas companies have protested that they were not consulted.

The energy transition strategy that the vice president is pushing is anchored in the realities on the ground. Oil and gas refining capacity will dramatically expand over the next several years.

The industrial and culinary sectors of the nation will both see tremendous growth as a result of this notion, which is a really positive development.

It is a nice development if it is done a lot of people will benefit from it. Gas is one of thing people use most nowadays

The mass use of Gas has increase lately and with this new energy transition strategy proposed Oil and gas refining capacity will sporadically increase.

Na everytime this present government dey seek and in need of money for one or some project, yet no result. They collect million for salary and allowances and the can even contribute to anything to the growth of this country instead they go embezz money. Happy seekers.😂 legend of seekers

although gas power plants produce less pollution than residential diesel generators, they are still dependent on fossil fuel, which results in the release of greenhouse gases.

Diesel and petrol generators, while providing backup power during power outages, are a costly and polluting option for Nigerians who can afford them.

With the things are now in Nigeria is this plans gas-led transition to net-zero emission achievable? FG seeks initial $10b to extend energy access to 90 million Nigerians will also be an avenue for corrupt politicians and individuals to amass wealth selfishly to themselves.

Oil and gas refining capacity will dramatically expand over the next several years. which is a really positive development.

This initiative taken by our government to achieve gas-,led transition to net zero emission is a good one but FG seeks initial $10b to extend energy access to 90 million is what I don’t subscribe to after series of debt that the country is into.

The vice president’s proposed approach for the transition to clean energy is based on current conditions. Over the coming years, oil and gas refining capacity will increase significantly.

Gas power plants still rely on fossil fuels, which leads in the production of greenhouse gases even if they emit less pollution than household diesel generators.