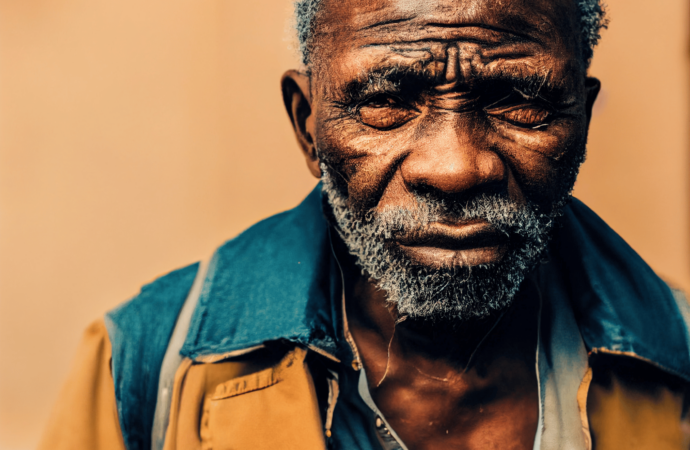 The bill will give older people social, economic, and mental protection.

At the Graceful Aging Fellowship, GRAF’s 13th anniversary celebration held in Abuja, with the theme “Wholesome Living, The Key to Graceful Longevity”, the bill on the Rights and Privileges of Older Persons has been appealed to President Muhammadu Buhari for his approval. Senator Dr. Eze Ajoku, the international coordinator of GRAF, spoke at the event, and he said that the bill’s passage with the President’s signature would provide the necessary socio-economic and psychological protection of the rights as well as privileges of older persons in Nigeria, which is a legacy that no one can take away from him and his ruling party at the moment.

Dr. Eze said that as they celebrate, he looked back to a similar event seven years ago, when, by God’s grace, the coalition on aging was founded. A historic first Bill on the Rights and Privileges of Older Persons in Nigeria has been passed by the National Assembly and is now waiting for Presidential assent due to the efforts of COSROPINT, the Coalition of Societies for the Rights of Older Persons in Nigeria. COSROPINT has made significant contributions to ageing through its work with the government to develop the National Policy on Ageing, its facilitation of the establishment of the National Senior Citizen Centre, and its work on these issues more generally.

COSROPINT is working with the government on Ageing National Policy.

On behalf of over 14.9 million Nigerian aged people, he utilized the opportunity to lead the President to sign the Older Persons Rights and Privileges Bill. Passing the Senior Citizens Center Act in 2017 and establishing its board in 2021, Mr. President has done commendably well. Under his guidance, the Federal Executive Council also approved the National Policy on Aging. The Coalition of Societies for the Rights of Older Persons in Nigeria contributed to both (COSROPIN).

He also highlighted that COSROPIN is collaborating with several other stakeholders in order to offer health insurance to Nigerians who are in their later years. Currently, COSROPIN has evolved into a key partner with the federal government on the concerns of the health, welfare, dignity, and safety of older people in Nigeria. We are grateful to GRAF. In addition, he made a plea to younger civil servants as well as politicians, saying that they should back the signing of the Older Persons Bill since, sooner or later, they will reach retirement age and be considered older persons.

The bill holds a lot of future benefits for both young and old – Ajoku.

Speaking on the benefit of the bill, which will accrue to all in the future, he quoted a proverb that says, ‘A child that breaks the seat exclusively preserved for the old will have nothing to seat on when he gets old.’ According to them, if there was ever a reason why the President hadn’t signed the Older Person’s Bill at this point, it could be changed by being sent back to the National Assembly, which would then take the appropriate action before sending it back to the president for approval.

Dr. Eze Ajoku inquired the federal government to give older people places to go and things to do for fun. In addition to this, he urged the Minister of the FCT to make sure that elderly residents have access to recreation areas that are comparable to Jabi Lake in Abuja. They hardly ever locate a playground for older people’s football games or other athletic events because they are senior citizens. State Government should do what Ekiti has done and give senior citizens places to play sports. For older people to age in a healthy way, physically, mentally, and spiritually, GRAF activities should be reiterated in many states. He added that they want older people to be included in the National Sporting Plans and Initiatives.

Dayyabah encourages older people to focus on the positives.

Lastly, Dr. Dayyabah Shaibu, Country Director of the Reconnect Health Development Initiative, gave a keynote address titled “No spring-chicken,” in which she advised the elderly to prioritize their mental health, concentrate on the positives, always smile, and be happy. The Director-General of the Nigerian Television Authority, Salihu Dembos, who also spoke at the event and was the event’s special guest of honour, was one of the other dignitaries who attended. Professor Tunde Adeniran, who serves as Chairman of GRAF, was also present.

If this bill passes and is signed by the president, Nigeria’s senior citizens will have the legal and political safeguards they need to live with dignity and independence into their later years.

Wow I love this for once anything vyo cater for our elders because they truly need to be cared for probably in homes,good health care,food,fun places for them not just been abandoned by the government.They are so important because they were once youths and have conttibuted thier quota to the nation’s development.

The National Assembly of Nigeria recently enacted the country’s first-ever Bill on the Rights and Privileges of Older Persons, which is currently awaiting assent from the country’s President.

It is wonderful that Cosropoint has been able to make important contributions to the field of aging through its collaboration with the government to produce the National Policy on Aging.

Wow, over the years, Cosropin has grown into a trusted advisor to the Nigerian government on issues related to the senior population’s physical and mental well-being, independence, and safety.

Sending the bill back to the National Assembly for revisions would result in the necessary changes being made and the bill being sent back to the president for signature.

They should support the signing of the Older Persons Bill because they will eventually reach the age of retirement and be termed older persons.

It is true the elders also need to be protected by the law. Especially starting from their pensions being paid, they should also be given utmost care because they are very vulnerable.

It’s unfortunate that, especially beginning with the payment of their pensions, they should also be given the utmost care since they are very vulnerable, and it should be given to them.

The passage and signature of this measure would provide Nigeria’s elderly with the legal and political protections they need to age in place, allowing them to maintain their independence and dignity.

Cosropoint’s collaboration with the government to produce the National Policy on Aging has enabled it to make significant contributions to the field of aging, which is a wonderful thing.

The elderly bill that protect elderly in the country is overdue because this people are senior citizens which need protection and proper care and Nigeria government doesn’t take them serious as it is practice in other developed nations.

The bill makes sense. Our elderly ones shouldn’t be total left out in activities in the country. They should be protected and cared for. Also involved in sports that’s decent for their ages and health status.

Pension issue is the most important for the elders. They should be protected with all necessary law and regulations.

Yes we do need elder right and privilege bills. Our elders need to be secured under the government laws. Pensions, adult health care and all of that are essentials which should be a right

The legislation is rational. The elderly should not be completely excluded from national events. They need to be safeguarded and given proper care. They’re also active enough in sports for their age and fitness level.

They should also be given utmost care because they are very vulnerable. It allows them to maintain their independence and dignity…older people should focus on the positives.

The bill will give older people social, economic, and mental protection. We really need to do more for the elders, Their happiness is important

It is good that Coalition of Societies for the Rights of Older Persons in Nigeria. COSROPINT are pushing for the passage of Older people right and privileges bill but it should go beyond this.