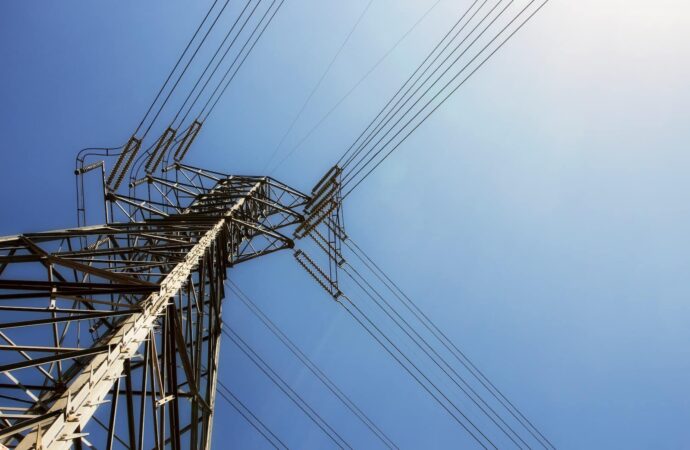 ANED says Nigeria needs about 30,000MW for a stable supply of electricity.

The Association of Nigeria Energy Distributors (ANED) has said that Nigeria needs to generate about 30,000MW to guarantee a stable supply of electricity in the country. The Executive Director, Research and Advocacy, ANED, Mr. Sunday Oduntan revealed this on August 9th, 2022 in Lagos at a workshop organized by ANED in collaboration with the Macarthur Foundation Project. The theme of the workshop was: “Building Consumer Awareness and Strengthening the Customer Service Capacity of Electricity Distribution Companies.’’

Oduntan said that Nigeria has a population of more than 215 million people and the country has 32 million households. He said that the 5,000MW currently being generated was grossly inadequate to meet the energy needs of the nation. He said, “If Nigeria can generate 30,000MW today, we will have electricity, seven days a week in Nigeria. South Africa has a population of 67 million people and is generating 46,000MW which is more than enough for the country.”

A few months ago, power generating companies (known as GenCos) revealed that acts of vandalism have cost many businesses with losses of over 50 million Naira. The companies said that these acts are in form of stolen cables, damaged transformers, and other network infrastructure sabotage. This revelation is coming months after the national grid has shut down multiple times this year alone, plunging the nation into darkness. Also, earlier this year, the Transmission Company of Nigeria (TCN) confirmed that multiple towers were vandalized. This has further contributed to the electricity challenge.

Of course, concerned citizens and stakeholders are divided on the solution to the electricity issue that the nation is facing. While some have opined that Nigeria needs to adopt a decentralized national grid system as it is used in the United States, others have voted in favor of the centralized grid system, which Nigeria adopted from Britain. However, they say that the government needs to prevent acts of sabotage and vandalism by putting additional security measures at the transmission lines. Meanwhile, during the last few months, a trio of the Federal University Oye Ekiti (FUOYE), the Ekiti State University (EKSU), and the Federal Polytechnic, Ado Ekiti, decided to explore alternative power sources instead of relying on the unreliable national grid. The three institutions raised issues of high power bills and non-corresponding power supply.

He said only 28 power plants in Nigeria were currently operational, 25 of which are powered by gas while three were hydropower stations. Oduntan said the thermal (gas-powered plants) were faced with challenges such as gas constraints and inadequate capacity utilization to the detriment of the country. The head of ANED also called for the decentralization of the national grid to ensure improved transmission and distribution. He said, “Even the power being generated cannot be effectively transmitted due to reliance on a single grid system.”

“We have a National Grid still owned by the Federal Government against what was agreed on during the power sector privatization process,” he continued. “There is the need to decentralize the grid. That is what we should have done with the Transmission Company of Nigeria (TCN). The government needs to privatize the company to enable better transmission of the power being generated.” He also urged distribution companies (DisCos) to deploy modern technologies to improve their services to customers.

Oduntan advised customers to join the campaign against energy theft.

As the spokesperson for DisCos, Oduntan maintained that the companies could only distribute the volume of power allocated to them by the TCN to their customers. Hence, the lack of or inadequate power supply does not lie with them. Even the TCN can only transmit via a transmission line that has not been vandalized or sabotaged. He advised customers to join the campaign against energy theft and by-passing of prepaid meters by some unscrupulous persons which were causing revenue losses for the electricity sector.

The only way we can get this done I’d to look out for the right candidate in the next election. Who amongst the presidential candidates is ready to ensure electricity is well provided. We need to generate double of what we can distribute. The gencos should expand their capacity and ensure this is done soonest.

Truth be told, Nigeria needs to decentralized the national upgrade the rate of MW we are currently using,
if we are to experience stable electricity. Because evidently the current rate doesn’t even come close in serving the whole country. We need total transmission.

If decentralization of the grid system is the solution, why not? Power cannot be effectively transmitted due to reliance on a single grid system.

It is imperative that Nigeria move toward a decentralised national grid system similar to that which is utilised in the United States; perhaps this approach would be more suitable for us.

People’s actions of vandalism have cost numerous electrical firms millions of naira; therefore, people ought to stop committing these acts of vandalism.

It is now necessary for the government to privatise the corporation in order to improve the transmission of the power that is being created; this would be an effective approach.

We seriously need to solve our electrical issues in this country because electricity is very vital for a lot of things.

Since our government officials are not capable of maintaining the state of electricity in this country, they should not think twice before privatizing the transmission company of Nigeria

if truly we need 30,000MW or more for stable electricity in this country, the govt shouldn’t hesitate. The next president should probably work towards it because I don’t think the current people up there are ready to do anything….

Privatizing the transmission company of Nigeria is the next best option that we have. We’ve suffered too much in this country and all we need right now is the solution to our problems

By installing more safety precautions at the transmission lines, the government can reduce the likelihood of acts of sabotage and vandalism.

I hope our next president will actually work on this our electricity problem and actually take efforts to resolve it because it will help a lot of business and lives.

LoL we call ourselves giant if Africa yet we can’t generate ordinary 30,000 mw yet Ghana and south Africa and some other African countries are doing more than that.

Can Nigeria generate 30000mega watts that’s not possible because with the 5000 generated now the national grid has collapsed more than three times at times I dont just know the problems with our leaders.

The major problem facing the power sector in Nigeria is corruption and vandalisation and to solve the problem,the Genco has to discentralize so that the monitoring and security of the power distribution company could be very effective.

We should just switch to solar energy, that one will be more efficient and easy to manage but it will be very expensive Sha.

The reality of the whole thing is that Nigerian are not good at maintenance and management of government.

The present government can not fix this electricity problem, even if Nigeria need 10,000MW. Is not visible now