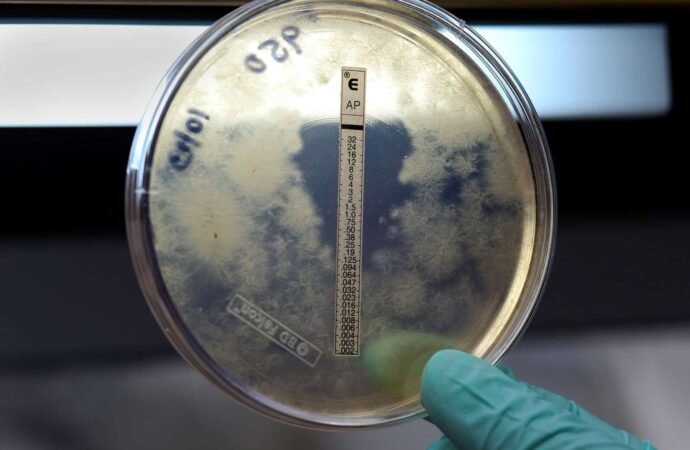 Residents and health officials have reported that not less than 65 children have died of what is suspected to be a Meningitis outbreak in 14 local government areas of Jigawa State. They revealed that some of the children who died of the disease complained of fever and numbness in their legs before they died. The village head of Dungundun Community in Sule-Tankarkar Council Area, Alkasim Yakubu, said that 19 children had died of the disease and many others are suffering deformities as a result.

Two octogenarians have died of the disease as well. The village head said that the outbreak was first detected in the community in the middle of May, 2022. He said that the government has abandoned the community since the outbreak was detected. He said the children died within 13 hours of contracting the disease. “There is no functional health facility nearby. We rushed some of them to Danladin Gumel Primary Health care in the neighboring council area,” he said.

Meningitis is a highly contagious infection which operates like the influenza (flu). According to Mayo Clinic, meningitis is an inflammation of the fluid and membranes (meninges) surrounding the brain and spinal cord. Early meningitis symptoms may mimic the flu. Symptoms may develop over several hours or over a few days. Possible signs and symptoms in anyone older than the age of 2 include: sudden high fever, stiff neck, severe headache that seems different from normal, headache with nausea or vomiting, confusion or difficulty concentrating, seizures, sleepiness or difficulty waking, etc.

In newborns, the symptoms include: high fever, constant crying, excessive sleepiness or irritability, difficulty waking from sleep, inactivity or sluggishness, not waking to eat, vomiting, a bulge in the soft spot on top of a baby’s head (fontanel), stiffness in the body and neck, etc. The most common causes of meningitis are viral infections. Others are bacterial, fungal, and parasitic infections. The longer an infected person stays without treatment, the greater the risk of complications, which include: hearing loss, loss of memory or memory difficulty, learning disabilities, brain damage, gait problems, seizures, kidney failure, shock, and even death. Survivors of these disease in Jigawa are suffering from many of these deformities while many have died.

Residents narrate their experience with the disease.

Most of the deaths occurred at home due to unavailable and inaccessible healthcare facilities, while children who survived it did with deformities. One of the surviving child, Mamman Rabilu, survived with hearing deformity. Mr Yakubu said that a non-governmental organization, Save the Children International, have been sensitizing locals about environmental and personal hygiene, and also educating the children in the community about the danger of open defecation and the importance of hand washing. At Mele community in Gumel Council Area, the head of the community, Yusuf Ahmad, said that at least 21 members of his community have died from the outbreak. He also said that local government health officials have been responding to the outbreak and at least 30 others have recovered from the disease.

He said that they have reported the outbreak to the government and the government is doing its best to educate the locals. “There are about 19 reported deaths including many children and women, but many deaths are unreported in the area,” he said. Ado Kanta, lost two of his children to the outbreak, one at home and the other at hospital, all within a five-day interval. His son, Abdulfatahu, three years old, suddenly felt sick, started vomiting and died minutes later at home. His sister, Sha’awa, also three, was rushed to Danladin Gumel Primary Health Care facility, but she later died at the local council headquarters where they were referred.

Save the Children International are responding to the outbreak.

Save The Children International said it is providing support to the Jigawa State government in its response to the outbreak in the state. The state government have also embarked on sensitization programs through radio jingles and educating the residents on preventive measures. Ibrahim Haruna, an advocacy official, said that the NGO is supporting the training of health workers and provision of drugs and medical consumables across 17 health facilities in the state. The NGO said it is engaging communities among the six most affected LGAs in the state.

Meningitis outbreak in 14 local government areas of Jigawa State This must be really heartbreaking for kids to die and complaining of fever and numbness in there legs wonder what they must have gone through so the health care or government, private organization should do something about it

Issue of health is important so government should response well to the issue so they don’t suffer any more loss and to prevent it from other children. Some shouldn’t be abandon we are citizen of this country no matter where we stay or live. I feel for those children who have die from it

Children are easily prone to diseases. The government should do more in ensuring their protection

The NGOs are really doing an excellent job in protecting the lives of these little children; they are doing what the useless government can’t do

Save the Children International should please render the help fast because our children are dying, and the stupid government won’t do anything about it

Because the health issue is so significant, the government needs to respond effectively to it in order to ensure that these children do not suffer any further losses and to protect other children.

No person or child in this country, no matter where they reside, should be left to fend for themselves. We are all citizens of this nation. My heart goes out to the families of the children who have been lost to it.

Radio jingles might not be enough to sensitise people because some don’t have or can’t afford a radio; the beat would be to be visiting homes

After battling polio which we are still fighting, by the way, meningitis has popped up; when will we be rid of all these diseases God

Due to lack healthcare facilities many deaths occurred over there due to unavailable provisions. Government should do the needfull.

“Most of the deaths occurred at home due to unavailable and inaccessible healthcare facilities”. This is sad! The northern part of Nigeria is the most under-developed. Hence health institutions should try to come down to their level when creating awareness.

This people need more healthcare facilities, the government should the needful on time to avoid more deaths

Infections like this should be handle with iron hand. The government should really provide near by accessible healthcare facilities provided with adequate infrastructure to counter and prevent infections like this from escalating and save many lives

Meningitis virus is a deadly virus. It needs to be curbed very early. It also need to be diagnosed very early. I hope the medical equipment in Nigeria is well enhanced and well established.

“He said that the government has abandoned the community since the outbreak was detected”.
Why? Non-governmental organization, have been sensitizing locals about environmental and personal hygiene, and also educating the children in the community about the danger of open defecation and the importance of hand washing. Highly commendable, I must say. It’s high time Government sit up and give necessary assistance to both the Non-governmental organization, those affected and yet to be affected by the disease.

Poor health facility will always have impact on society.

The government has taken their concern off the health sectors, despite billions of funds been allocated, nothing to boost of.

Moreover, it will be always good to plan ahead to cater for future outbreak.

If we have a proper and proficient government in place who cares about the masses this won’t happen. We will experience this large number of death children rather would have been contained. Nigerian have politicians who are concerned about their stomach and not about us.
Please Nigerian get your PVC voters card and vote out bad government.

The low level of social amenities in the northern part of the country is very alarming, imagine a whole local government with only one primary healthcare facility and the people in government travels at will to overseas country for medical checkup.It’s very sad