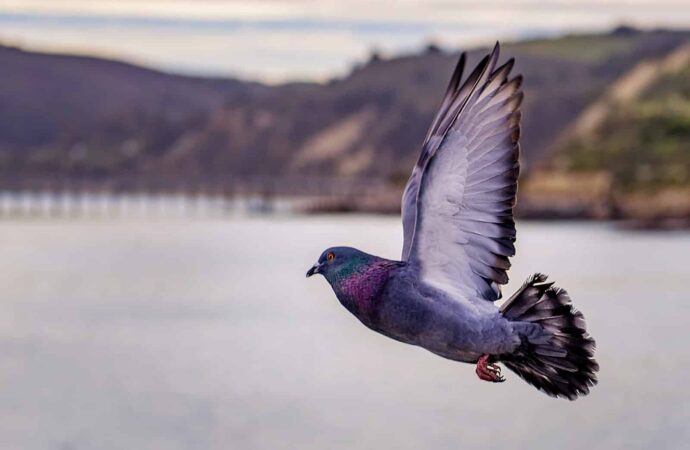 Local airlines have lost 20 aircraft to 93 bird strikes in 6 months.

In the past few months, local airlines have lost at least 20 aircrafts to several bird strikes at airports in Nigeria. The bird strikes have led to the aircrafts being grounded without foreign exchange liquidity to pay for severe engine repairs. (Few months ago, Emirates Airlines announced that they were unable to repatriate $860 million in earnings.) The damages done to the aircraft range from minor to severe. Earlier findings showed that the eight active airlines in Nigeria are operating at a cumulative of 38.77 percent fleet capacity.

A total of about 60 out of 98 listed airplanes are grounded pending the availability of foreign exchange earnings to defray maintenance costs. It was announced that local aviation recorded 93 bird strike incidents in the first half of 2022. Out of these, 54 occurred at Murtala Muhammed International Airport (MMIA), Lagos. The head of Bird/Wildlife Hazard Control at the Nigerian Civil Aviation Authority (NCAA), Azike Edozie decried the high incidents arising from bird strike incidents in the industry. This costs the airlines several millions of dollars.

It has also caused a number of deaths with human casualties.

Bird strike is one of the dangers of airborne transit. A bird strike, which is sometimes called bird ingestion (for an engine), bird hit, or bird aircraft strike hazard (BASH), is a collision between an airborne animal (usually a bird or bat) and a moving vehicle, usually an aircraft. Bird strike is a significant threat to flight safety. It has caused a number of deaths with human casualties. In the United States alone, there are over 13,000 annual bird strikes. However, the number of major accidents that involve commercial aircraft is quite low: it has been estimated at approximately one accident resulting in human death in one billion flying hours.

Edozie said that records show that there have been at least 93 bird strikes in all Nigerian airports between January and June of 2022. Out of this number, 54 happened in Lagos and it represents 70 percent of the total occurrences. He said that the authority has to offer lasting solutions to the problem because stakeholders, especially the airlines are losing money. The press quotes the Chief Operating Officer of an airline as saying that the figures quoted by the head of NCAA were not out of place.

FAAN deployed new equipment at the airport a year ago.

Edozie said that the agency has recorded a lot of them that were brought to the public glare except where the passengers raised alarms. He also said that very severe damages to one or two of the engines should be over 20, given the rate of occurrence of the incidence lately. Between 2020 and 2021, there were at least 30 reported cases of bird strikes in the aviation industry. About 19 of them were said to be on take-off and another 18 on landing. Half of these incidents occurred at the MMIA.

The incidents did not really occur due to lack of control measures and investments by the Federal Airports Authority of Nigeria (FAAN). In 2021, FAAN deployed a new set of wildlife management equipment to aerodromes throughout the nation. At the flag-off ceremony of the deployment in Lagos, the Director of Commercial and Business Development FAAN, Sadiku Rafindadi, said that the deployment of the equipment would usher in an era of safe flight operations and incidents relating to bird strikes would be a thing of the past.

FAAN doing its best to curb the spread of bird strikes.

The head of the Bird Control Unit of FAAN, Adetunji Adetutu, said that FAAN was doing its best to curb the spread of the incident through the procurement of modern equipment. He said that the items have helped to drastically reduce the impact of bird strikes. Adetutu also blamed pilots for the high rate of bird strikes in the aviation industry. He stressed that some of the pilots are always in a hurry to depart from an airport and consequently violate the instructions of Air Traffic Controllers (ATC).

The aircrafts had to be grounded since there was no foreign exchange liquidity to pay for the extensive engine repairs. It is affecting the airplanes which are needed for commercial flights. The lives of passengers are also in danger.

After losing 20 aircrafts to 93 birds strikes Airlines need to come up with a possible solution that will curb continuous birds strikes on aircraft.

Local airlines should find lasting solution to this incessant birds strikes on aircraft giving that they have lost 29 aircrafts to these strikes.

More work must be done to prevent frequent bird strikes against local flights so that the aircraft cannot simply be grounded without flying because doing so costs money. And it is also recommended that the apparatus purportedly used to stop them be employed.

Since there are equipment available to curb tvese bird strikes, then they should be used.

Bird strike is one of the hazards of flying travel. Bird attacks pose a severe hazard to flight safety. Numerous fatalities and other human casualties are the outcome of it.

The exchange problem has cause lots of damage to Nigeria even more than any other country and the problem keep increasing everyday and this is not good for the economy of the country.

Wow bird strike against the local flight, this is serious oo. Please something should be done to stop all this bird before those bird go spoil everything for us

More needs to be done to help curb constant bird strike against the local flight so that the planes cannot just be grounded without flying because they loose money in all these.

The federal government should deploy a mechanism that can help stop this incessant bed strikes. It is affecting the airplanes which are needed for commercial flights. The lives of passengers are also in danger.

The FAAN was attempting to limit the impact of the incident by acquiring more up-to-date equipment; but, their efforts were not sufficient; the organisation should make greater efforts.

The installation of the technology would mark the beginning of a new age of risk-free flying operations, during which bird strikes would become a thing of the past.

The agency has documented a significant number of incidents that have been brought to the attention of the general public, with the exception of those in which the passengers raised alarms.

the large number of events that have arisen as a result of bird strike accidents in the sector. a cost that runs into the millions of dollars for the airline companies

The airplane has sustained slight to serious damage. According to earlier research, Nigeria’s eight active airlines are collectively using 38.77 percent of their fleet.

One of the risks of flying transit is bird strike. Flight safety is seriously threatened by bird strikes. It has resulted in numerous fatalities and other human casualties.

The aircraft have been grounded as a result of the bird strikes since there is not enough foreign cash available to cover costly engine repairs. The airplane has sustained slight to serious damage.

The aircraft sustained damages ranging from minor to serious, all of which should be rectified as soon as possible.

As a result of the bird strikes, the aircrafts had to be grounded since there was no foreign exchange liquidity to pay for the extensive engine repairs, which is something that should not be happening in a contemporary country.