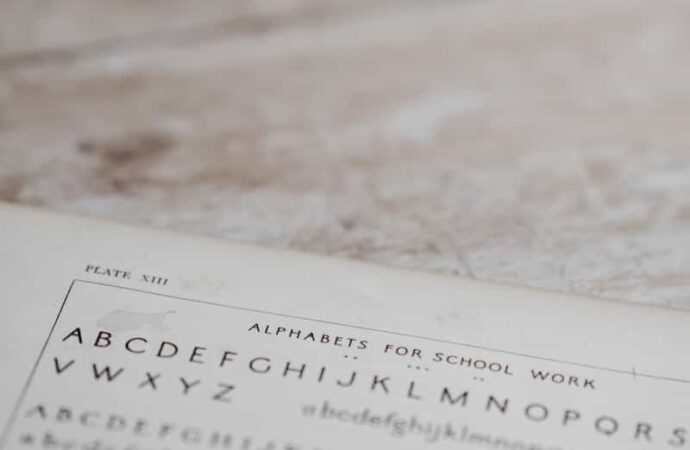 By the day, the number of people speaking indigenous languages in Nigeria is reducing. Even those that are speaking these languages are often involved in code mixing and code switching, which reduces the fluency of the present speakers. Code mixing is a situation where a speaker uses words from two or more languages in a single utterance, such as it is often done with English and another local language. Code switching refers to when a speaker switches from one language to another during the same conversation.

This is one of the major reasons why the Director-General of National Council for Arts and Culture (NCAC), Otunba Segun Runsewe, has expressed concerns over how preference for foreign languages was affecting Nigerian languages. He said that the current trend is disturbing and if nothing is done, a lot of the languages would go extinct in the near future. An extinct language is one that has no speakers especially if it has no native speakers alive. Runsewe said that the rate at which parents and schools now promote English, a foreign language, is alarming. Assuredly, if indigenous Nigerian languages are not transmitted from the elders to the younger ones, they would sooner than later become extinct.

At least 500 indigenous languages being spoken in Nigeria.

Nigeria has often been described as “a microcosm of Africa.” In other words, in terms of language, Nigeria is a mini-Africa. According to Ethnologue, there are 512 languages being spoken in Nigeria. Other sources have varied numbers, but they record at least 500 indigenous languages being spoken in Nigeria, excluding dialects. In the language classification, Africa has four language groups (Niger-Congo, Nilo-Saharan, Afro-Asiatic, and Khoisan). Three of these groups are found in Nigeria. Also, Nigeria is the country with the most languages, second only to Papua New Guinea with 860 indigenous languages.

These many languages can create problems in trade, commerce, transportation, information technology (IT), banking, and more. For instance, if the Yoruba people of the Southwestern part of Nigeria decide to stick to only their indigenous language, there are many more in the Southwest and the neighboring Southsouthern region, Southeastern and Northcentral regions of Nigeria. Languages such as Gungbe (known as Egun), Igala, Kanuri, Ibibio, Efik, Igbo, Nupe, Hausa, Fula, Anang, etc. also have their own respective native speakers. When the percentage of bilinguals in indigenous languages (people who speak two Nigerian languages) in Nigeria are considered, one will discover that the number cannot prevent problems in communication.

Is English as an official language a necessary evil?

This is why the English language has been adopted has the official language of business, politics, government and administration, and education in Nigeria. After Nigeria gained independence, there was a national discourse about which language to adopt. Wole Soyinka, Nobel Laurate and Writer, has urged nations since the 1960s to adopt Swahili as the language for Africa, with some sources quoting him as saying that Swahili should be adopted to douse the language debate in the country. Presently, Nigeria still adopts English as an official language, earning us English proficiency test exemption in notable universities.

But there has also been an increased awareness on the effect a foreign language such as English has on indigenous languages in Nigeria. Is Nigeria’s adoption of the English language a necessary evil? Surely, it has weakened its use, fluency in Nigerians, and preference in social settings. However, when one objectively examines the condition, one will agree that English has solved the language barrier problems that Nigeria would have faced without it or another foreign language. English acts as a factor in the unity of Nigeria.

How to strike a balance between foreign and local languages.

While the effect of foreign languages cannot be denied, it is Nigeria’s reality that a foreign language such as English cannot be removed entirely. English is now the most common language used worldwide. It is used in education, business, trade, the military and in IT (programming languages are written majorly in English). What can be done, nonetheless, is to strike a balance between the foreign language and our indigenous languages. Linguists have proven through studies show that a child can have fluent use of two languages if they grow up in an environment where the two are used at the same rate. Also, parents, schools, the media, religious organizations and the government should not demonize or neglect indigenous languages. Instead, it should be encouraged through funding, accolades, and creation of forum for learning for the younger generation, such as having a comprehensive syllabus for indigenous languages as well as hiring competent language teachers.

English language has really affected our indigenous languages,even in schools students takes our languages with leviety while English is seen as a success to other things in life, stakeholders, parents needs to map out ways to improve our own Indigenous languages in order to give it a boost.

English language is our lingua franca, this means it is the language all Nigerians need to know generally. Inasmuch as this is the case, we can still choose to promote our own indigenous languages in a way that English language won’t affect it.

English is an official language which we must all need learn, English language is also learn every country so we can be able to communicate with foreigner but it should not affect our own language our language need to be speak all always also and be taking serious in school

When one objectively examines the condition, one will agree that English has solved the language barrier problems that Nigeria would have faced without it or another foreign language. English acts as a factor in the unity of Nigeria. To ensure our local languages don’t go extinct, striking a balance would be essential.

Yes, English language is affecting our indigenous language. Why can’t Nigerian allow our three major languages to be our official languages. Let us begin to use our language in school to study science and technology, law , mathematics etc. this way our culture and languages will be preserved otherwise it will gradually erode away.

Our local languages should be preserved. However we can’t rule out the importance of English and how it has brought unity, and prevented language barrier. We have too many languages , so if every tribe decide to stick to their language, we will be divided. Hence the need for a single official language for trade, commerce.. etc.

English language speaking is part of the colonisation strategy to demoralising our culture, ethics so as to accept their own and this has really affect majority of Nigerian that there languages is inferior and if you speaks your language very well,you wouldn’t be able to speak English language.Unless there’s serious campaign to condemn this notion by the people in authority that our language is whom we are and our heritage,I don’t see any difference.

Even people who speak these languages frequently engage in code mixing and code switching, which has the effect of reducing the fluency of the speakers who are now using these languages.

The current trend is concerning, because if nothing is done, a significant number of the world’s languages will die out in the not too distant future.

Indigenous Nigerian languages are in danger of dying out if they are not passed down from older generations to younger generations by means of oral tradition.

The alarming rate at which parents and schools are currently promoting English, a foreign language, is detrimental to the growth of our own languages and should be avoided at all costs.

When one takes into account the percentage of people in Nigeria who are fluent in indigenous languages, they will find that this amount is insufficient to ensure that communication issues would not arise.

Since English is still used in Nigeria, we are excused from the English language requirement for admission to a number of prestigious universities, which is a really positive development.

Following the country’s attainment of its independence, there was much debate on the subject of which language, out of the numerous ones spoken here, should become the official language.

The government should not marginalise indigenous languages or treat them with contempt. Instead, it need to be fostered by means of money and any other practical measures.

The growth of our native language will be facilitated by the establishment of educational opportunities for the younger generation, such as the development of an exhaustive curriculum for native languages and the recruitment of qualified language instructors.

Yes of course English language is affecting Nigerian languages. To be honest if we continue this way our languages and cultures might get extincted. Already we have some languages in Nigeria that is on extinction. please let us promote our culture and languages if possible we should make them the official languages in Nigeria.

English have been authorized as our official language years back. We all should get used to it as it has become major way of relating with the public and foreigners.