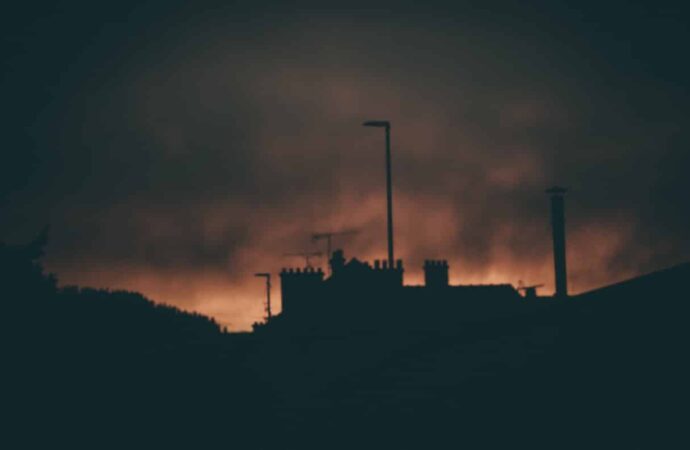 Nigeria’s Rivers State has many illegal refineries in local communities.

Over 100 casualties were reported overnight in an explosion in Nigeria’s Rivers State, a local government official said on Saturday. An environmental group also confirmed the fatalities. The explosion occurred when an illegal oil refining depot caught fire. This is a tragic event that highlights the dangers of illegal oil refining in Nigeria. Every year, hundreds of people are killed or injured in explosions and fires at these illegal refineries. They are often located in remote areas, far from any help or assistance. The people who operate these illegal refineries are taking a huge risk. Not only are they endangering their own lives, but also the lives of anyone nearby.

The fire outbreak at this illegal bunkering site has left some people burnt beyond recognition. The state commissioner for petroleum resources is urging people to take caution and avoid such sites. Illegal bunkering is a major problem in many parts of the world, and it can have devastating consequences. In this case, the fire has left some people dead or seriously injured.

People feel that there is no choice but to illegally refine oil.

This is a tragic reminder of the dangers of illegal bunkering and the need for people to be cautious. Illegal bunkering refers to the illicit tapping of pipelines or storage tanks to steal oil or gas. This is a major problem in many parts of the world, as it can lead to fires, explosions, and other accidents including environmental pollution.

In the Niger Delta, high levels of unemployment and poverty have made illegal crude oil refining an attractive but deadly business. Crude oil is tapped from a web of pipelines owned by major oil companies and refined into products in makeshift tanks. The business is extremely dangerous, as the crude oil is highly flammable and the makeshift tanks are often not up to code. Despite the risks, many people in the Niger Delta feel that they have no other choice but to engage in illegal oil refining, as it is one of the few sources of income available to them.

This fuel is of a very poor quality, and is dangerous.

Illegal crude oil refining has polluted regions already blighted by oil spills in farmland, creeks and lagoons. This pollution has had a devastating effect on the environment, causing severe damage to the ecosystem. In some cases, the pollution has been so severe that it has caused the death of animals and plants.

Lost oil profit is a major impact on the Nigerian economy.

According to government estimates, Nigeria, Africa’s largest oil producer and exporter, loses an average of 200,000 barrels per day of oil – more than 10% of production – to those tapping or vandalizing pipelines. This has forced oil companies to concentrate on oil and gas exports. The country has also had to import oil to meet domestic demand, despite being a major producer. The loss of oil revenue has had a major impact on the Nigerian economy, and the government has been working to try and reduce the amount of oil that is lost each day.