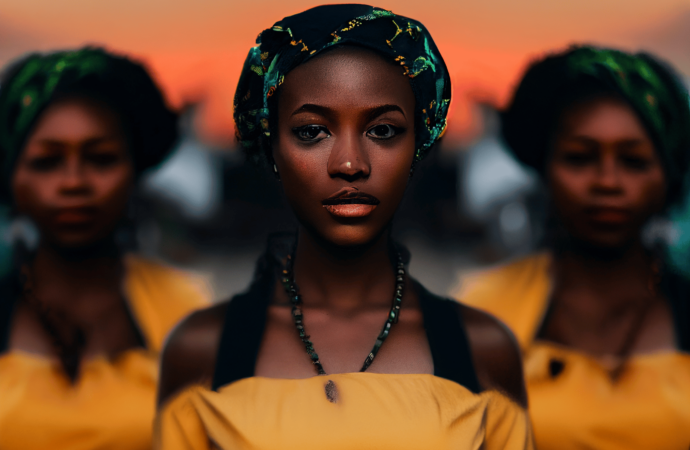 They urged female technocrats to get more involved in politics in Nigeria.

The All Progressive Congress (APC’s) Professional Women Network Worldwide has encouraged professionals to become more involved in politics in Nigeria to ensure robust policy making and implementation in the country. The president of the group, Dr. Atinuke Wuraola-Owolabi, gave the call on Tuesday, September 13, 2022, at a forum for political discourse with the theme: “The Role of Professionals in Politics and Good Governance.” She also called for a cleanup of the professional space to remove people with nothing to offer.

The president of the association says that a professional would bring his or her skills to the fore when they are needed and they carry decency and decorum as armor. Doing otherwise, she says, would send the country into political doom. She appealed to more female technocrats from various fields, however, to get involved in politics. She said politics is a serious matter and it is too important to be left in the hands of politicians alone.

She also said that some people go into politics for the wrong reasons due to ignorance. Because of this, they would not be able to formulate better policies that would better the lives of their constituents. The patron of the group, Dr. Nasiru Argungu, advised women in politics to collaborate, commit, and support the vision to make the association a greater force with more influence in the country. He concluded by saying that no nation can survive without its professionals.

In the same vein, a former Lagos State Deputy Governor, Dr Idiat Adebule, who was represented by the Director of Woman Affairs, Tinubu Support Organization, Mrs. Folashade Onajobi, said that the role of women in nation building could not be overemphasized. She said women’s huge population was needed in forging political direction because they were closer to both the youth and children. So, they should be given opportunity to deploy their expertise for good governance. She warns that any party that ignores women does so at its own peril.

At the forum, different notable people commented on the issue. Mrs. Ayisat Gbajabiamila, a clinical pharmacist, said that women were naturally multi-talented. She stated that these unique talents and knowledge were crucial to accelerated development. Also, Mrs Sally William-Chinebu, the Country Director of Nigerian Parliamentary Israel Allies Caucus, said that professionals left the political space in the country and that gave many who had nothing to offer opportunity to take over. Additionally, William-Chinebu advised women to collaborate to be able to change the narrative in political struggles.

As the discourse about professionals in politics, especially women, continue to gain traction in Nigeria, the question whether Nigeria’s political space suits diligent professionals still remains valid. In different professional fields, most things are almost black-and-white. For instance, these people believe that they have to be diligent, honest, and averse to cutting corners to be on top in their respective field. In the political space, this may not be so clearly spelled out. A politician may have to breach what many professionals know and abide by as ethics.

Our politics has been saturated and influenced by money mongers who only care about themselves and not the people. We still don’t know how some of them made their wealth, while some don’t have the prerequisite knowledge to lead the country. More professionals and technocrats, especially women should join politics too.

The women needs to put all hands n deck and please and get more involved in the politics in our country due to the fact that we are multi talented we can bring this into political field.

Professionals should be given the opportunities to deploy expertise as said and to make the associations a greater force with more influence for good governance.
Women should be given a chance up there too

Woman need to get more involve in politics, according to affirmative action which was sign to decades ago because they are the closest to community and household,they really know what and what is needed by this household.

The question of whether Nigeria’s political environment is suitable for hardworking professionals still stands as the discussion concerning professionals in politics, particularly women, continues to gather traction in Nigeria.

Women I mean technocrats are welcome into politics. It is the believe that women will do more to improve the economy of the nation because they’re mothers and have deeper sense of feel for human. They’re highly welcome.

We need more technocrats to stir the affairs of the nation so women technocrats can join politics. We don’t incompetence in our political space.

Women have this special charisma at times. They have the creative and cunning way of pulling off things. They should do well.

Woman can really add more to the politics of Nigeria. It is free world, so they can really get involved to the betterment

We should urge other working professionals to get more active in Nigeria’s political process in order to strengthen the nation’s ability to formulate and carry out effective policies.

In order for the government to hasten the growth of the nation, it should encourage a larger number of qualified individuals to run for office.

The cornerstone of a nation’s development is dependent on its professionals and experts; as a result, we require a greater number of those individuals.

When the situation calls for it, a professional will bring their skills to the forefront, and they will do so while maintaining their decorum and decency.

These individuals are under the impression that in order to achieve success in their chosen area, they must be conscientious, honest, and resistant to the temptation to take shortcuts.

It’s possible that this isn’t spelt out quite so plainly in the political sphere. It’s possible that a politician will be forced to act unethically, which is a concept that many professionals understand and abide by.

As a result of the departure of experts from the political arena in the country, many individuals who lacked anything of value to contribute were given the opportunity to seize control.

The realm of politics is fraught with peril, and its management should not be entrusted solely to elected officials; instead, women should play an active role as well.

Professionals might be able to help in some sectors of the economy, they should also be well grounded in how politics work before they venture into it