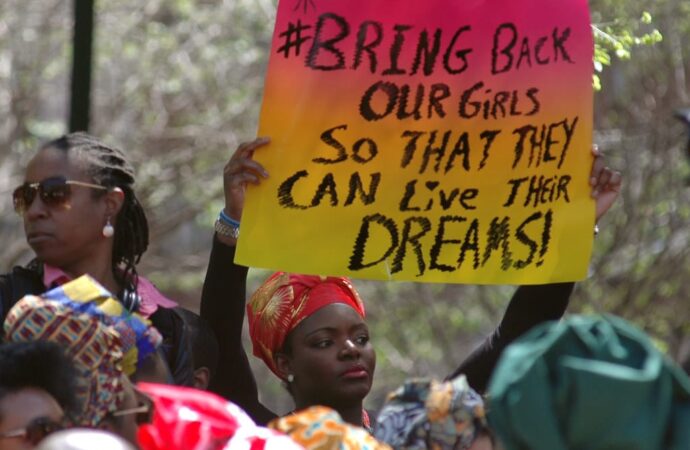 Amendment to the Terrorism Law has been passed by the Nigerian Senate.

Kidnapping has become a major problem in Nigeria in recent years. There are a number of reasons for this, including the country’s political instability, economic problems, and the rise of organized crime. In many cases, kidnapping is carried out by criminal gangs who are looking for ransom money. This has led to a sharp increase in the number of kidnappings in Nigeria, as criminals see it as a profitable business. The Nigerian government has been working to try to combat the problem of kidnapping, but it has been difficult. In some cases, the government has been accused of being complicit in kidnappings, as some politicians and security officials have been accused of being involved in criminal gangs.

Nigeria’s institutions are weak and unable to deal with the problem of kidnapping. The police are corrupt and ineffective, and the judiciary is slow and often unable to convict kidnappers. This has created a situation in which kidnapping has become a profitable business for organized crime syndicates. The breakdown of law and order in Nigeria has also contributed to the problem of kidnapping. In many parts of the country, there is no functioning state authority, local warlords and militias rule.

15 years for anyone paying a ransom for kidnapped victim.

Kidnappers are often associated with militant groups, and they see kidnapping as a way to make money and to destabilize the government. One of the biggest challenges is that many of the kidnappers are based in remote areas, making them difficult to reach. Another challenge is that the kidnappers often have connections to powerful people, making it difficult to prosecute them. Kidnapping is a serious problem in Nigeria, but recent legislation passed by the Nigerian Senate plans to change all this.

The new bill that has been passed would impose jail terms of at least 15 years for anyone caught paying a ransom to free a kidnapped victim. In cases where the victim dies as a result of the abduction, the crime would be punishable by death. This is a serious measure that is being taken in order to try and deter people from paying ransoms and instead working with authorities to try and locate and rescue the victim.

Boko Haram uses kidnapping as a means of raising funds.

The recent increase in kidnapping and abduction for ransom in Nigeria is a cause for concern. Making ransom payments punishable with lengthy jail sentences would discourage this illegal activity and help to keep people safe. Kidnapping and abduction are serious crimes that can have devastating consequences for the victim and their loved ones. Paying a ransom only encourages the criminals and puts more people at risk. It is important that we do everything we can to discourage this illegal activity. Making ransom payments punishable with lengthy jail sentences would send a strong message that we will not tolerate this type of crime. It would also help to deter would-be criminals from carrying out these kinds of crimes.

Nigeria’s terrorism law has been amended to include the death penalty for convicted kidnappers in cases where the abduction leads to loss of life, and life imprisonment in other cases. This rise in kidnappings has been linked to the activities of terrorist groups such as Boko Haram, which have used kidnapping as a means of raising funds to support their operations.

In Nine years, $134 million was paid to kidnappers as ransom.

In the past four months, 760 students have been kidnapped from boarding schools by bandits in Nigeria. This is reminiscent of Boko Haram’s abduction of 276 schoolgirls in 2014. The boys were released after six days, but the government denies any ransom was paid. According to SB Morgen Intelligence, $134 million was paid to kidnappers as ransom between June 2011 and March 2020.

Government should help us please

How would the government knows if people pay Ransom?

The government should be more vigilant in securing the people