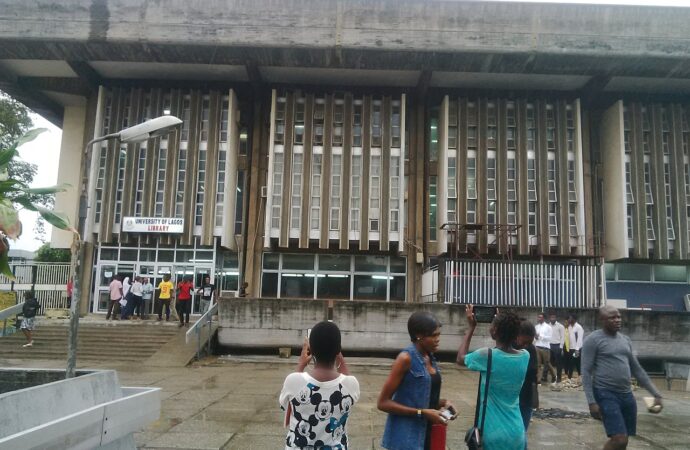 The Academic Staff Union of Universities (ASUU) embarked on a seven months nationwide strike as a result of the noncompliance of the government to the agreement made with the academic union. There was a promise for an improved funding and better welfarism for its members, as well as payment of withheld salaries. This industrial strike that commenced as a four-week warning strike on the 14th of February, have intensely affected students of federal institutions, who are now collateral damages of the federal government’s series of failed meetings with the union.

With over 17 months of industrial actions lost in the last two years within the public university system, the academic union decided to resume work, on the basis of the promises of the federal government. However, the quietness is set to be ruptured again, with the union taking on the federal government over withheld salaries and union dues. The government, after the last strike, invoked the “no work no pay” policy, also withholding salaries that ranged from five to eight months. The non teaching staff also had months of their salaries also withdrawn.

Unions efforts on owed salaries threatening to cause systemic crisis.

The Academic Staffs under the umbrella of the Academic Staff Union of Universities (ASUU), the Congress of University Academics (CONUA) and the Medical and Dental consultants Association of Nigeria have voiced out their concerns as to the federal government’s decision to withhold their eight months salary. The efforts by these unions to get their withheld salaries is however threatening to to cause another systemic crisis, with stakeholders observing the federal government’s method of resolving this issue.

Upon restarting academic activities, allegations were levied against the federal government on the basis of selective payment of some workers. Some members of MDCAN, Usman Danfodio University Teaching Hospital in Sokoto were reportedly paid. According to reports from the government, these workers showed proof of working during the industrial strike period. Presently, oppositions are rising as a result of the government’s attempt to pay CONUA members. The Senior Staff Association of Nigerian Universities have however noted their dissatisfaction at this decision.

This was revealed in a letter from the Office of the Accountant General of the Federation, the Department of Integrated Personal Payroll and Information System, titled “Re-submission of University Academics (CONUA) membership list for the payment of withheld salaries and check off dues. CONUA was reportedly directed to provide submission of all their necessary information for facilitation of the withheld salaries. The National President of SSNAU, Comrade Mohammed Ibrahim, whilst reacting to this development, noted that the federal government was walking on a tightrope by introducing the divide and rule tactics to the university system. He indicated that the necessary labour laws provided were duly followed in the process of embarking on the nationwide strike. He added that the complacency of the government caused the industrial strike.

The National President of the Academic Staff Union of Universities, Professor Emmanuel Osodeke similarly expressed the same concern. He stated that the government, with this approach would create immense issues with this. In contrast, CONUA issued a statement, explaining that it was rather the ASUU body that declared a total, comprehensive, indefinite and suffocating strike action between February 14 and October 15, 2022. In this statement, CONUA noted that it was never on strike, as they continually rendered services until the second quarter of the year, when the university management shut them out.

It was further indicated that upon their willingness to go on with their services, the management’s decision prevented them. Regardless of the perspective, the government must importantly be cautious in handling this situation. While CONUA is insisting that their members rendered their services, ASUU is rejecting this claim on the basis of zero evidence of such. Both the teaching staff and non teaching staff cannot work independently and thus, the government must find measures for resolving this issue without causing any disjoint.

If the federal government is been sincere to the education system,they will do what the lecturers were asking for without any unnecessary condition which can still affect the system in a very bad way.How can federal say they wouldn’t pay them because they embarked on strike which the government is at fault of not do the right thing.

FG to handle withheld salary issue with care.. This Nigeria government is really something else. If university go back to strike it be a shame thing for this country

Federal government should solve the problem of this withheld salary of lecturers. They should be paid maximally as soon as possible.

After the most recent strike, the government used the “no work, no pay” policy and withheld paychecks for a period of five to eight months. Months of the pay of the non-teaching personnel were also withheld.

Since the administration was not adhering to the deal that it had made with the academic union, the Academic Staff Union of Universities went on a strike that would last for seven months and would take place all throughout the country.

Students attending federal educational institutions have been severely impacted by the ongoing industrial strike, which began on February 14 as a warning strike lasting for four weeks.

It is very unfortunate that despite the promise of more money and greater welfare for its members, as well as payment of salary that had been withheld, none of these things were carried out.

The attempts of these unions to reclaim their delayed salary is threatening to produce another systemic crisis, and stakeholders are scrutinizing the approach by which the federal government will resolve this issue.

The government’s lack of initiative was the root cause of the labor strike, and this pattern must be avoided at all costs.

The necessary steps required by the labor regulations that were provided were carried out in an appropriate manner prior to the start of the statewide strike. In addition, he stated that the government’s indifference was to blame for the industrial strike.

More dialogue between the parties engaged in this scenario is necessary in order to come up with a solution that benefits everyone concerned and end the dragging since this year.

The withheld salaries of those lecturers needs to be well handled by the government so it won’t lead to yet another strike.

It’s a shame that the promised raises in pay and benefits didn’t materialize, and that salaries that had been withheld were never paid.

In my opinion, the government, along with the teaching staff and non-teaching personnel, needs to identify methods, a strategy, and ideas to handle this issue without generating a conflict or a strike.

The problem of lecturers not receiving their due salaries ought to be resolved by the federal government. They should receive the highest feasible payment as quickly as possible.

Not like the academic union enjoys going on strike. Knowing that they risk not getting paid. They go on strike to get the attention of the government when they are defaulting their end of the bargain.

The tactics employed by the federal government to resolve the ASUU industry actions by creating division between ASUU and CONUA will cause more chaos in the University system of Nigeria. The so called government don’t have their children schooling in Nigeria so they won’t care what becomes of Nigeria Universities.

The federal government of Nigeria is only playing the game of divide and rule between ASUU and CONUA. The educational systems is very porous.