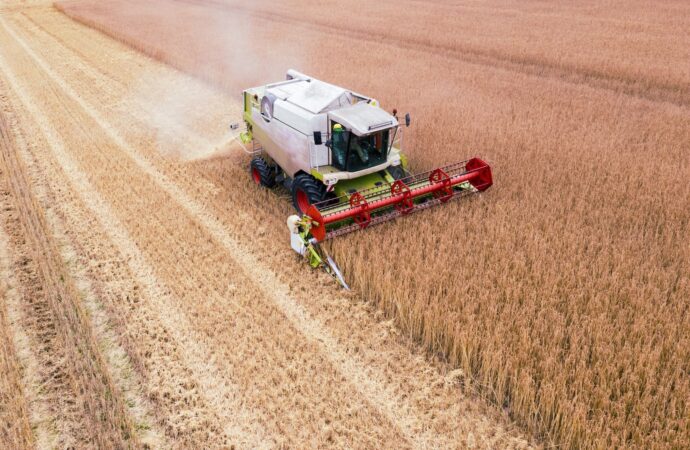 Agricultural mechanization involves the substitution of crude farm implements with an advanced systems of planting and rearing animals. However, the level of Nigeria’s agricultural mechanization has been rated among the lowest in the world, despite the $1.2billion Green Imperative Programme investment launched by the Federal Government two years ago. This was according to the report of National Agricultural Technology and Innovation Policy 2022-2027, as published by the Ministry of Agriculture and Rural Development.

According to the report document, the country’s agricultural mechanization level is one of the lowest globally, with FMARD indicating that Nigeria’s mechanization is at 0.027hp/hectare which is far off from FOA’s recommendation which is set at 1.5hp/hectare. The Minister of Information and Culture, Lai Mohammed in 2020 disclosed the plans of the Federal Government to implement an agricultural development program that would overtly revolutionize the country’s agricultural sector called Green Imperative.

Nigeria ready for revolution in the agricultural sector.

Said during a joint press conference with Sabo Nanono, the previous Minister of Agriculture and Rural Development, Lai Mohammed noted that this program which was well worth over $1 billion was the end product of a Nigeria-Brazil Bilateral Agricultural Development Programme which had been dated as far back as June 6, 2016. This plan, according to Lai Mohammed was scheduled for the enrollment of Brazil’s Government More Food International Program and implemented over a period of about ten years, with its funding specifically from the Development Bank of Brazil and Deutsche Bank

He further stated that the environmental ambience was ready for an immense revolution in the agricultural sector which will create benefits like strengthening food security, creating more job opportunities, reinvigorating numerous assembly plants, enhancing transfer technology, improving the economy, mechanizing farming operations and importantly, giving way to the emergence of value added agriculture. The Minister for Information and Culture asserted that the program was posed to help the country reactivate its six motor assembly plants in the country’s geopolitical zones to enhance the assemblage of agricultural implements like tractors, whilst also overseeing the importation of knocked down parts of over 5000 tractors and other implements yearly for the duration of ten years.

He also stated that there would be an establishment of over 600 mechanization service centers to promote primary production in all the local government areas of the country, as well as the Federal Capital Territory. Also, the Federal Government noted last year that it would improve the country’s agricultural mechanization program by providing 60,000 tractors. In spite of all of these issues, Nigeria is reported to still maintain its status as one of the lowest agricultural mechanization in the world.

On the issues of Nigeria’s agricultural mechanization, the policy document noted that the evident insufficiency in technological inputs and development overtly affected the agricultural sector. The inefficiency in technological input, especially in the production and farm-level implements like tractors, harvesters, power tillers, crushers, choppers and other types of equipment have hugely reduced the extent of landmass for cultivation, contributing to the low rate of crops and livestock productivity with a record high of post-harvest losses.

Agricultural sector important for strategic development of the country.

The Chairman of Nigerian Society of Engineers, Bwari branch, Dr. Halimat Adediran, during the 2022 Engineering Week and Annual General Meeting emphasized that the agricultural sector had an important role to play in the strategic development of the country, whilst also pointing to the roles of engineers in further spearheading further developments in the sector. Dr. Mohammad Abubakar, the current Minister of Agriculture and Rural Development also made it known that through the Green Imperative Programme the ministry was working really hard to ensure the availability of tractors and numerous mechanization implements to farmers, especially the smaller ones.

Despite our age long in farming we should be compared to the best in the world but yet weareseen as babbmies because of the level out our farming mechanisation which is at its lowest compared to others, government needs to fit in more funds to boost our agriculture.

Getting there is not something so serious. Talking about mechanization where is the support. Good farming need a good support fund to boost it. Our land is green, our land can feed us. Our land can make us richer but We need support

The agricultural sector has proven to yield possible outcomes but governments choose to ignore it in favor of petroleum. we need more investment in the sector to revamp it.

Green Imperative refers to the initiatives that are being planned by the federal government to conduct an agricultural development programme that would undeniably revolutionise the agriculture sector of the country.

while simultaneously supervising the importation of disassembled components of more than 5,000 tractors and other equipment on an annual basis for a period of ten years.

The environmental conditions were optimal for a massive change in the agriculture industry, which will bring about benefits such as improved food safety.

Despite all of these problems, reports indicate that Nigeria continues to hold its position as one of the countries with the lowest agricultural mechanisation in the world.

Other kinds of machinery have resulted in a drastic reduction in the amount of land available for agricultural use, which has contributed to a poor rate of agricultural and livestock production as well as a record high in post-harvest losses.

Green Imperative refers to the initiatives that are being planned by the federal government to conduct an agricultural development programme that would undeniably revolutionise the agriculture sector of the country.

The Ministry of Agriculture was putting forth a lot of effort to guarantee that farmers, particularly the smaller ones, had access to tractors and other types of mechanised implements.

These farmers need to drop off the crude way of farming and switch to the modern way of farming. This will make life easy for them and help them get things done on time

The last government should help finance the agricultural sector, so they can have access to machines they will help them produce more agricultural products.

Technology has taken over the wii you world and I feel no sector should be left out, since technology makes wii I ek easier and faster