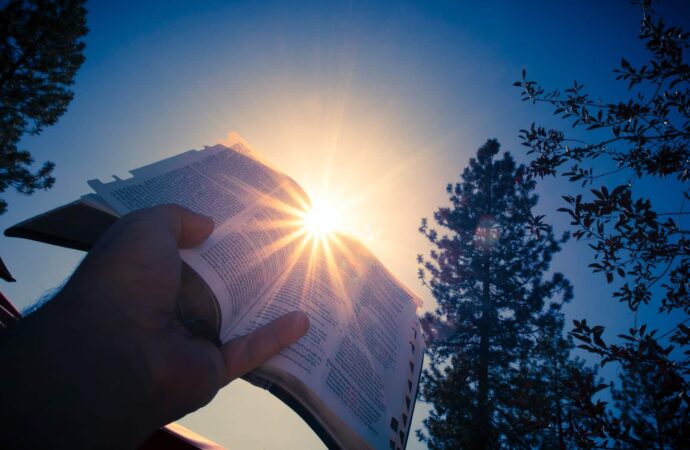 Nigeria currently experiences socio-economic challenges and deepening insecurity especially in the North West and North East regions of Nigeria. Experts claim that these issues may persist unless the country finds a solution to the worsening ethno-religious situation in the country. Experts convened at an event in Abuja to have a discussion with the theme, “A Way to Mitigate Ethnic Tension, Re-examining the Ability of Ethnic Federalism to Reduce Group Grievances in Nigeria.” These experts persisted that Nigeria must devise a way to ensure that all the ethnic groups and religious organizations in the country have a say in the way the country is governed.

At the seminar, which was organized by the Centre for the Study of the Economies of Africa (CSEA) and the Africa School of Economics (ASE), the experts stressed the need for peaceful co-existence, adding that unless there is social justice and a federal system that is inclusive for all concerned parties, economic development may just remain a dream in the country. Before the Nigerian Civil War (also known as the Biafran War), Nigeria practiced federalism, where Nigeria was divided into regions and the center was weaker than it is today. This is an example of a federal system that is more inclusive than the current system in Nigeria.

The experts included Narrelle Gilchrist of Princeton University; Country Director of Care, Hussaini Abdu; Director, Good Governance Team, Tunde Selma; and Partner, Nextier Group, Dr Ndubuisi Nwokolo. This team of experts said that while Nigeria has good legal framework and ideas that promote exclusivity, there is a need to strengthen and implement ways that can address the grievances of different ethnic groups. Gilchrist noted the multiple nature of ethnic groups in Nigeria and makes Nigeria a key case of ethnic federalism.

She admitted success in the way Nigeria has managed its ethnic differences and called mechanism that would further strengthen the move across the country. She said, “Looking at this single system of ethnic federalism can illustrate why decentralization of power might stem some ethnic conflicts while failing to stop others, because of its context-specific design and enforcement. In my cross-national regression results, I find that ethnic federalism on average does have a mitigating impact on conflict, but the effect is conditional on groups’ having reduced grievances under decentralization.”

Nigeria is now divided more than it has ever been since independence.

With more than 250 tribes and more than 500 languages (the second largest for a country in the world), ethnic groups have always looked out for the benefit of their people especially in the long run. Although Nigeria is often divided into three major tribes, it does not take long to discover that the three-major-tribe division is just a miniaturized, media version of reality. In the South West geo-political zone of Nigeria, the Yoruba are the most dominant and largest in population. But even amongst this major tribe, some that are from Badagry in Lagos are sometimes seen as pseudo-Yoruba.

In the South South and South East zones, there are more tribes and ethnicities than is projected in the media. These include the Bini, the Ebira, the Ijaw, the Ibibio, etc. In the North Central, North West and North East zones, it is much the same. This makes political decisions and the federal-character clause in the constitution of the country very hard to implement. The recent build-up to the general elections in 2023 has shown that one cannot just sum up the division in the country.

The state of insecurity in the country has ethno-religious coloration.

As soon as Boko Haram (a terrorist organization fighting to establish an Islamic caliphate) started its activities, many people have termed it a Muslim agenda, a Hausa-Fulani supremacist plan, and a political move to rake in illegal money. However, the group also consists of people from different ethnicities other than Hausa and Fulani. The group had also attacked mosques and Muslim worshippers in the past. Also, that the group had also in the past seized and launched a territory more than the size of Belgium in the northern area of Nigeria, it does not really have any corrupt political undertone. Or does it have all of these at the same time? Now that the problem has shifted to bandits and kidnappers, the same concerns have been raised.

We all have to change our loathing mindset about other ethnic group, come to our senses, put aside the ethno-religious diversity and unify as one Nigeria. Because only then can we see this country progress, develop and thrive peacefully.

Nigeria is polarized into ethnic group and religious group. This division also affects each and every aspect of our lives. The bone of contention in this regard is he declining alarming rate in which our security consciousness has been breached. Religion and ethnicity is not helping matters in this security menace. Until we see ourselves as one and as a national first, before religion and ethnicity we won’t thrive.

The major problem in Nigeria ethnic religious differences has always been a problem for us, every ethnic with his or her own religious beliefs has fail to see each other as one that xlcan be United together in love in other to co exist.

The major problem in Nigeria is Government not ethnic religious.
Government has the power to stop this ethnic problems in the country but the Government has decided to look away because of their political interest. If the law is active every ethnic groups and religion we respect the law, if not the law will deal with them

The government of Nigeria needs to come up with a plan to ensure that every ethnic group and religious organisation in the country has a say in how the country is governed. Only in this way will it be possible for everyone to be satisfied.

Religion and ethnic difference is not helping matters at all in this period we are facing security challenges. we need to see ourselves as one and as a nation. From there we will know the next step.

We need to put aside these ethno-religious diversities and be united. Unity helps us live with love and be more rational.

My research shows that ethnic federalism does, on average, have a moderating effect on war and violence, it should stop

a federal structure that is more inclusive than the system that is in place in Nigeria right now, which isn’t helping problems at all.

I feel we need to modify our hateful attitudes toward people of other ethnic groups, come to our senses, ignore the country’s many religious and cultural backgrounds, and come together as one Nigeria.

I hope one day we will all get to understand the fact that we are all NIgerians regardless of our ethnic group and religions. We need to support one another in other for peace to reign in this country.

This ethno-religious division is one of the major problems we have in Nigeria. We keep complaining about attacks everyday when our fellow Nigerians are the ones responsible

The major problems we have in Nigeria is created by the citizens, today we hear of Biafra war , the next day we get to hear of boko haram and so on, we need to be United so peace can reign

Although Nigeria has a sound legal system and policies that support exclusivity, there is a need to strengthen and put into practise strategies that can address the complaints of various ethnic groups.

Ethnic difference has been a major cause of unrest and insecurity in this country, all ethnic leaders need to find a way to come together in harmony and the people will follow

The importance of coexistence cannot be emphasised enough in this nation; without social justice and an inclusive federal structure for all parties involved, economic progress may only be a pipe dream.

Please let Nigeria return to regionalization. Give more power to the regions and see if this ethno-religious crises will not lessen. The problem stem from the fact that some ethnicity or group of religion see themselves as the most superior and that power belong to them. Weaken the center, give more power to regions and see if this insecurity and poverty will not subside.

The reason why Nigerian is in the mess she find herself today is because of ethno-religious crises. We have failured as a nation to maintain and respect one another religion and ethnics. Nigeria is multidivers in language, culture and traditions. The most painful of all this is that Nigeria is broken down to pieces called state which was based on selfish interest. The broken down state still contain mixed up cultures and languages. How do you manage such kinds of state as a governor without hearing some tribes crying of marginalization. Let’s return to regionalism. Let the regions be given more power than the center and see if all this nonsense will not stop. The central government is way too powerful.