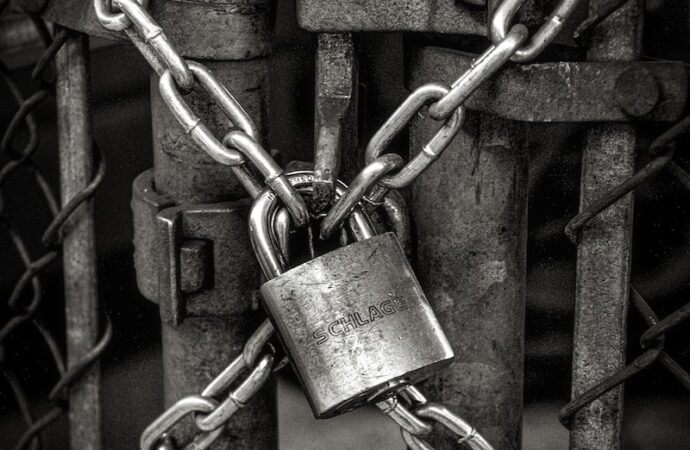 FG, with support from stakeholders, will ensure safety and security in schools.

Following the critical security challenges facing Nigeria, the federal government has revealed that efforts are currently being made to launch a national plan that will aid the financing of safe schools across the country. With this initiative by the federal government, the World Bank, the United States of America, United Kingdom, Norway, and other development partners have reassured their support regarding initiatives that aim at the enthronement of a safe and secure learning environment in Nigerian schools.

An hint about the proposed national plan was disclosed by the Minister of Finance, Budget, and National Planning, Mrs. Zainab Ahmed, at a summit on “Safeguarding Our Schools” (SOS), organized by the Emergency Coordination Centre (ECC), in Abuja. The initiative would be launched before the end of the third quarter of 2022; it will incorporate state level plans, likewise sectoral plans of the federal government. Prior to the launch, adequate budgetary allocation will be ensured to enable a safe environment to teach, learn, and renew confidence in the education system.

The implementation of the plan will begin from ‘Most at Risk states.’

The minister further stated that the Federal Ministry of Finance and National Planning has set a committee with members from relevant Ministries, Departments, and Agencies (MDAs), Federal Ministry of Education, the military, and other security agencies, for the collation of inputs and development of a National plan for Financing Safe Schools. There will be an incorporation of state level plans and federal government sectoral plans, which emphasizes adequate budgetary allocation and a secured learning environment.

Currently, consultations are going on with states, local governments, and other relevant government agencies. Also, the established committee is making efforts towards identifying the most transparent, effective and accountable ways to aid the mobilization and deployment of resources. The committee aims at developing a huge collaborative cost that forms the plan that would bring about the adoption of the society to safe schools. The implementation of the national plan will then begin at ‘Most at Risk States.’

The federal government has launched initiatives for safe learning.

In addition, the implementation of the plan would clarify ways by which Nigeria intends to ensure the protection of schools and other institutions of learning, so as to enable students get back to a safer and secured learning environment. In respect to the national plan, the federal government of Nigeria has put in place some initiatives. One of such initiatives is the launching of the Safe School Initiative (SSI) that aims at ensuring that children who are affected by conflict and insecurity are able to further their education without any form of hindrance.

Another of such initiatives came into play on the December 31st, 2022, when His Excellency, President Muhammadu Buhari, endorsed the Safe Schools Declaration Ratification Documents which acts as a signal of the country’s commitment towards the implementation of the inter-governmental commitment in the country. Mrs. Ahmed also added that the federal government, together with local and global stakeholders, assembled a high-level forum, for the finance of safe schools, partnering with the Emergency Coordination Centre, UNICEF, and other stakeholders.

USA, UK, and Norway pledge their supports for safe education.

In regards to ensuring safer schools in the country, Shubham Chaudhuri, the World bank country representative for Nigeria, expressed how important education is to enable the safety and security of the world in the future. With this, he urged the Nigerian government and other stakeholders to see to the safety of children in schools. Furthermore, the ambassador of the United States of America, Berth Leonard; United Kingdom, Catrine Laing; and Norway, Knit Elli Lein, in their individual comments, guaranteed the support of their home countries for the assurance of safe teaching and learning environment in Nigeria.

I don’t know what the government is thinking, but first and foremost, that is paramount in safeguarding schools, and the country should be tackling the insecurity plaguing us. After that, the implementation of the strategic national plan and aid from foreign countries can then be implemented.

Government should enable school are safe and sound so student can return to school and learn with a peaceful mind. If the student mind are not calm fearing of the insecurity they can focus on learning well so necessary things should be done not only school should be safe guard but everywhere in the country so the citizen can move freely.

Safe school initiative is a welcome development for a sane environment to secure the children’s education.Other stake holders should join hands with countries willing to support in order to make it more viable for teaching and learning

All our schools must be well secured. We need adequate security personnel and apparatus in schools to safeguards students. The extent at which our security in this country has degraded needs a very strong concern. No where is safe any longer. May God continue to protect our children.

The federal government has revealed that efforts are currently being made to launch a national plan that will aid the financing of safe schools across the country. This their plans should work o, because our government sabi talk well well. We are waiting for good result. We need action from Government

Safeguarding schools is a welcome development, which is needed in a time like this. So student can learn in a sane environment without the fear of being bursted by bandits. However, the whole country is battling with insecurity; safeguarding yhe country is essential too. L

The plan’s implementation would make clear the methods Nigeria wants to use to guarantee the protection of educational institutions,

In Nigerian schools, efforts that strive to establish a safe and secure learning environment have been assured of the assistance of development partners. These initiatives aim to improve student safety and academic performance.

This project will combine plans at the state level, as well as plans at the federal level that are specific to various industries.

It is necessary to ensure that enough budgetary allocations are made in order to create a secure atmosphere in which to educate, study, and restore faith in the educational system.

These students are the future of Nigeria, so the government should ensure they give them adequate security to enable them learn in a conducive environment

The proposed is good. so the govt should support and ensure they make support and make provision for conducive learning environment and make available security personnel to watch over schools through their day to day activities.

The government should make adequate plans to keep the students safe, the students are very important to the country and they should always be prioritized

Seeing the fact that different agencies are coming together to support this movement is actually impressive. Hopefully their plans work out

Education is important in the life of every youth and children, but if they can’t be assured of safe teaching and learning environment then I’m sure none of them will be willing to learn

When the children have a safe learning environment, it will make it easier for them to assimiliate in class.

Because of the future state of the world, it is crucial that the government support children’s safety and security in the classroom.

The safe school programme is a positive step toward ensuring that schools are safe places for kids to learn. I like it

The main reason why the insurgency started then was that they dislike education and they know education is the key to development of any person or nation,with the aid of international donor am sure lots will be achieve in term of securing the education system at any level.