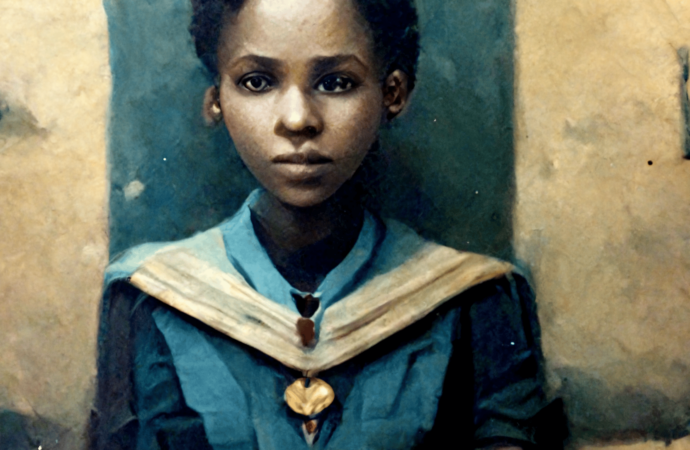 EAA foundation and UNICEF to help reintegrate children back to school.

In many northern parts of Nigeria, there has been huge growth in the rate of out-of-school children and whilst primary education is largely accessible and free, statistics illustrates that northern Nigeria has the highest cases of out-of-school children in the whole country. There are also reports that illustrate that one in every five out-of-school children in the world resides in Nigeria, mostly in the northern terrains. Envisaging this dilemma, The Minister of State Education, Chukwuemeka Nwajiuba once noted that the present challenge that has hugely ravaged the country’s educational system has been characterized by level of illiteracy, as well as infrastructural underdevelopment.

Significantly, the mass violence and kidnappings in the north have forced numerous children out of school. While recent surveys illustrate that there has been a rapid increase in the truancy rate in Nigeria, where it has gone from 10.5 million to around 18 million, UNICEF’s survey claims that kidnappings, targeted violence, child marriages and early pregnancies have forced children, especially girls to be absent from school. Evidently, all these have immensely deteriorated the educational standards in the north.

EAA and UNICEF utilizing cash grants to ensure children back to school.

Though, the federal government of Nigeria recently set out plans to immensely reduce the out-of-school rate that has ravaged northern Nigeria, with a plan that is aimed at seeing through a 70 percent decrease in the out-of-school rate, which is a scheme to lift over 12 million children off the streets and take them back to school, Education Above All Foundation (EAA), in collaboration with the United Nations Children’s Emergency Funds (UNICEF) have commenced a partnership educational program that is determined to help more girls in Katsina state back to school. This program is called “Educate A Child”, where cash grants are being utilized to take out-of-school children back to the classrooms.

One of the recipients of this grant, a 12 year old Aisha Audi wanted to complete her education, despite the demise of her father but her hopes became barricaded, as she could not rejoin her classmates at the Hamcheta Model Primary School in Mani, due to the inability to purchase school materials like a uniform or paying the school fees. She said that her mother was going to let her start off selling goods to earn a living, noting that though her mother felt bad about this, she couldn’t control the situation. However, the mothers’ association, through Educate A Child (EAC) education partnership program by the Education Above All Foundation, in collaboration with UNICEF have helped Aisha out of this situation to actualize her dream of returning to school.

Mothers’ association tracking down truants, mobilizing them back to school.

The mothers’ association in Mani works closely towards tracking down out-of-school children, mobilizing philanthropists to enroll these children, especially girls back in school, as well as closely monitoring them to ensure these children complete their education. Schools, through the EAC education program have received a grant of N250, 000. The school-based management committee members and Centre-based management committee of Integrated Qur’anic schools have been trained and now tasked with tracking down out-of-school children, as well as mobilizing caregivers to help send them back to school.

Zainab Abdulsalam, Chairperson of the Mothers’ association in Mani Local Government Area noted that the schools that have received these grants have used it for the enhancement of students’ learning, like installing boreholes and purchasing educational materials. She further asserted that numerous out-of-school children like Aisha have been tracked down and helped back to school. Receiving schools have also been very vocal about how instrumental the received grants have helped create a more conducive learning environment for their students, where classrooms have been roofed, toilets built, as well as procuring instructional learning materials for teachers and students.

Many disadvantaged children still excluded from their rights to education.

Over 300,000 pupils have benefitted from this scheme and have returned back to school, through EAC’s grant financing. However, reports claim that over 500,000 children in Katsina are still currently out of school due to poverty, social constructions and recurrent insecurities, amongst other factors. Whist the Katsina state governor, Aminu Bello Masari was full of praise for the EAC education program, Rahama Farah, UNICEF’s field chief in Kano, noted that though there has been an increased success in primary enrollment and completion in Katsina state, noted that many disadvantaged children were still excluded from their right to education and beseeched the state government to work towards fully eradicating this challenge.

Grants actually go a long way in the education of children. Especially the ones UNICEF has been doing in conjunction with some agencies. With the provision of enough grants we can help alot of unprivileged children to get back to school.

If this grant will get to the right people then more out of school children will have the opportunity to return to school and get educated.

Will the grants get to the appropriate children that are really in need of this education next you hear is more than millions of children have benefited all are lies.

UNICEF is really trying when it come to supporting. I pray that the people in charge of the grant send by UNICEF will make use of it very well because i no understand this government again, they can use it for their own problem

With the huge foreign contribution and our government determination, I think the number of out of school children will drop drastically in due time.

The reintegration of children back to school is really a good one. More kids would be educated and the number if out-of-school kids would reduce significantly.

The idea of reducing the number of out-of-school children in the northern part of Nigeria is very good, but one major thing the government should make provision for is security, because this is the major reason why some of them quit school.

The rate of illiteracy in the north is alarming, the government is making a good move by putting measures in place to ensure that these children go back to school.

This new project will go long a long way in reducing the rate of illiteracy in the northern part of Nigeria. At the same time I feel these northerners need to be enlighten on the advantages attached to being educated.

If this grant can get to those children that truly need it, it will go along way in helping the children return back to school. The grant need to get to the right people.

If what is in this article is something to depend on or to trust it will be good for development of education system in Nigeria and lots of benefit will be derive from it.

The current problem that has severely damaged the educational system of the country is characterised by the high degree of illiteracy, as well as by the underdevelopment of the country’s infrastructure.

Crucially speaking, several children in the north have been prevented from attending school as a direct result of the widespread violence and kidnappings that have taken place in the region.

Childhood pregnancies, particularly those that occur in young women, have resulted in their missing school. Clearly, all of these factors have contributed significantly to a significant decline in the educational standards in the north.

The children in the north are easily prone to rape, kidnappings, violence and the likes and that is affecting their lives and growth. Things should change over there

The Nigerian government at the federal level need to devise strategies to drastically cut the number of children in northern Nigeria who are not enrolled in schools.

This initiative, which is dubbed “Educate A Child” and where financial handouts are being employed to take children who are not currently enrolled in school back into the classrooms, is precisely what we need all throughout the nation, and particularly in the northern portions of the country.

This foundation and cashbacks can help children to actualize their dreams, this is wonderful I hope things like this continues.