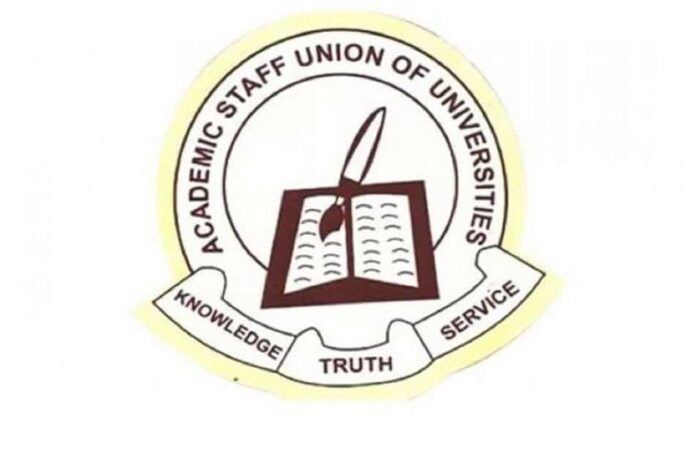 The Academic Staff Union of Universities (ASUU) has been on a nationwide strike for over five months as a result of the federal government’s non-fulfillment of the agreement that was reached with the academic union of an improved funding and better welfarism for its members. This industrial strike that commenced as a four-week warning strike on the February 14, 2022 have intensely affected students of federal institutions, who are now collateral damage of the federal government’s series of failed meetings with the union.

Due to the Federal Government’s complacency at fulfilling its agreement, the Academic union has announced their intention to further extended the ongoing nationwide strike by four weeks. This decision was reached by ASUU’s National Executive Council (NEC), after an intense meeting on Sunday which lasted till Monday. This extension was described as a result of the union’s deliberations, recognizing the recurring failures of the federal government at fulfilling its own part of the bargain by resolving the issues raised at the FGN/ASUU Memorandum of Action (MOA) that held in 2020.

The president of the Academic Staff Union of Universities, Professor Emmanuel Osodeke made it known that this decision to rollover the strike was to provide the federal government with more time, so as to resolve all outstanding issues with the union. According to him, the issues that the government have failed to resolve ranges from the government’s failure at concluding the renegotiation process of the 2009 FGN/ASUU agreement, deploying the University Transparency and Accountability Solution (UTAS), as well as the payment of outstanding arrears of Earned Academic Allowances (EAA).

Professor Emmanuel Osodeke continued, stating the government’s non-fulfillment at paying up the agreed funds that is meant for the revitalization of public universities (federal and state), the failure to address the proliferation and structural problems of state universities, resolving outstanding promotion arrears and withheld salaries of the workers were reasons for the continued nationwide strike. He had also stated that while NEC viewed the directive of the president, commanding the Minister of Education, in relation with other governmental officials to evaluate the issue, salvage the situation and give a report in two weeks, the union is shocked as to how this has lasted over five months without any viable solution.

Osodeke said universities must not be subjected to constituency projects.

Osodeke asserted that the National Executive Council appreciated the support for the union’s demands for a highly improved learning environment that can compete globally, stating that Nigerian universities must not be subjected to constituency projects that witnesses zero concrete improvements. He also noted that the government must ensure that the country’s scholars be incentivized, to make them stay in the country and improve the educational system by their own means. NEC also acknowledged the nationwide protests organized by the Nigeria Labour Congress (NLC) and the Civil Society Organization that was aimed at sensitizing the people on the complacent antics of the ruling class at under developing the public institutions.

The President of the Academic Staff Union of Universities (ASUU) announced the union’s renewal of its commitment of propagating the struggles of the NLC in advocating for the improvement in the working situations of Nigerians. According to the released statement, NEC also observed that the government’s failure at signing the renegotiated 2009 FGN/ASUU agreement draft after being concluded by a committee led by Prof. Mimi Briggs was a move that continues to task the patience of the union’s members.

Professor Emmanuel Osodeke however noted that the suspension of the federation’s Accountant-General, Mr. Ahmed Idris on the allegation of indulging in fraudulent activities was clear indication of the union’s decision to reject the proposed Integrated Payroll and Personal Information System (IPPIS). He also stated that ASUU will legitimately resist every slight attempt to cut short the deployment of the University Transparency and Accountability Solutions (UTAS). It was however resolved that the rollover strike must effectively commence from August 1st, 2022.

Clearly, this strike is not working. It’s not getting the government’s attention. They’ might end up resuming without their request being granted, and strike at some point again. They need to be proactive and find an effective alternative

The government needs to change its current complacent stance toward the demands of ASUU and engage in negotiation with them to find a resolution to the long-running strike action that would be acceptable to both sides and allow the students to resume their long-delayed academic session.

The strike has been extended again. The government just paid 1.4 billion for vehicles for Niger Republic whilst Asuu is on strike. I don’t know what’s really happening in Nigeria. We need money here, but they are still taking our money to other countries. For what purpose is that?

Asuu needs to call off this strike soon. Students have been away from school from too long and that’s disheartening and very distasteful.

This strike need to be call of soon the student as been away from school for a long time and this is allowing most of student to engage in what they are not suppose to engage into and which is bad FG and ASUU should come into agreement once and for all. All this strike should be cut off once and for all every year asuu will be going on strike

All my life I have know Nigerian to be embarking on strike at one point or the other,can’t the government and ASUU rea h compromise for the sake of these students prosterity will definitely judge each and every one.

The strike is clearly not helping the situation, the members of ASUU should reconsider this decision and not jeopardize the career of innocent students

The students have been the one suffering from the consequences when both parties are at there comfort. The government needs to come forward and protect the interest of the students by finding an innovative way to make ASUU call off the strike in no time.

The federal government hyas not been sincere with the University lecturer because they know what to do but don’t want to do it because of corruption.Like the money the account general syphon,it is almost quarter of the money ASUU is asking for and the alarm has been raised before concerning the accountant general but nothing was done,now all the money is gone,they wanted to shift the blame on ASUU.A country without sound education system can grow.

Asuu should try another means to get the government’s attention.
Also, government needs to come forward and protect the interest of the students by finding a lasting solution to make ASUU call off the strike in no time.!

Asuu strike extention, Nigeria na cruise. Government wey no get pity before. Government wey no care or send us. Even the lecturers self no care.
All this government self. Their children no dey this country takeless of schooling in Nigeria Universities. So e no concern them at all. They no they feel the pains

Our government is less concern about our educational system in Nigeria because their children are not here schooling. It is more than five months now our children are still at home. It is well

This is very sad, does this useless asuu not want students to go to school at all? This move can not progress the country.

This our Nigerian government is an inconsiderate one, this strike has been on for months and they’ve not proffered solution to it. They are wasting this students times.

The government should quickly come to a reasonable conclusion with these people now, this strike thing is not nice at all.

The government should try their best to give in to ASUU, the future of these students are at stake and this is clearly disrupting their life plan

This continuous extension of strike is disheartening, can the government just do something about it ?

This strike is affecting a lot of students lives and is hindering them from progressing in their careers which is bad.

These Asuu people will only make students to venture into a life of crime because this strike is making them very idle.

May God help us in this country because Asuu issue us getting sad now, this is already months wasted out of people’s lives already. It’s a pity

This ongoing strike is worsening the state of our educational system, and I hope the government will resolve the issue faster because it is awful.

This strike is making students lose interest in education which is not supposed to be, the government should quickly fix this problem.

People are already travelling out of the country to continue their schooling no one has time for this nonsense but it’s not everyone that has money to travel do the government should settle this matter.

The ASUU strike is now extented for four more weeks due to the negligence of our government who based their children in abroad. Let everybody get their PVC ready for 2023 and vote for the credible presidential candidate.

ASUU is on the right to extend the strike. The federal government has shown no sign of integrity to uphold the contract signed many years back. Family of students and ASUU alike are equally affected by this strike and the Buhari government are yet to acknowledge that. This government has done nothing to change the ASUU strike and I wish and hope that every civil servants employees in Nigeria can all strike at ones to make a change!