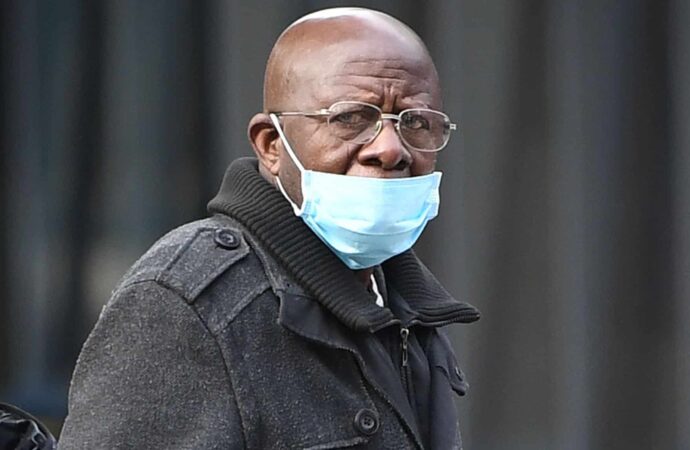 Nigerian Dr who lied about age to face jail term for killing patient.

A Nigerian doctor, Isyaka Mamman, who had been practicing medicine in the UK was previously suspended from practicing in Nigeria, after it was revealed that he had lied about his age and killed a patient in a botched diagnostic procedure. He was sentenced to jail time as a result of his actions. The doctor, who was found to be 85, had claimed to be in his late 20s when he first came to the UK to practice medicine. He had also lied about his qualifications, and it is thought that he may have falsified other documents in order to gain employment. The patient who died recently as a result of the doctor’s negligence was just one of many who were put at risk by his actions. In total, there were six patients who died as a direct result of his actions.

The Dr. misrepresented his age and was able to start medical training at 16 or younger. This is due to incorrect documentation and a lack of birth records in some parts of Nigeria. He was able to take advantage of the system in place, and begin his medical training at a younger age than what is required. This is due to the fact that there are no birth records for him in Nigeria, and thus he was able to get away with misrepresenting his age on his documents. This is a problem that needs to be addressed, as it can lead to Dr.’s taking advantage of the system and getting away with things that they should not be able to.

Dr. provided a false date of birth during his medical training.

Dr. Mamman received his medical degree in Nigeria in 1965 and began working for the National Health Service (NHS) in the United Kingdom in 1991. He joined the team at Royal Oldham Hospital in 2004, and has been practicing at this hospital since. The individual in question gave a false date of birth during his medical training, which resulted in him saying he was 21 when he started his course. However, this was incorrect. It was discovered that at the time of the offence documentation stated his incorrect age, therefore the discrepancy was discovered during an investigation into the Dr.’s medical training and qualifications.

He was involved in the death of a patient in September 2018. This followed two previous incidents with mistakes on similar procedures. His colleagues thought he should have retired by this point. However, Mamman continued to practice medicine, and in September of that year, he made another mistake that resulted in the death of another patient. This time, his colleagues were convinced that he should stop working and advised him to end his career on his terms, and when he choose not to do so they took action to ensure that he would no longer be able to practice medicine.

The court heard how the doctor had failed to follow proper procedures.

It was revealed at Manchester Crown Court, that this doctor made a mistake during the latest incident. While using a needle to take a bone marrow sample, he mistakenly used the wrong needle and inserted it into the wrong place. As a result of the error, the patient was left with serious injuries, which resulted in her death. The investigation into this found that during the procedure this Dr. had inserted the needle in the incorrect spot which pierced her heart and caused severe internal bleeding. Leaving the patient to bleed to death. The court heard how the doctor had failed to follow proper procedures and had not adequately checked the equipment before beginning the procedure. Dr. Mamman was found guilty of negligence and was disciplined by the court (3 years). This case highlights the importance of always following proper procedures and taking care to double-check all equipment before beginning any medical procedure.

This case revolves around the Dr. providing false information regarding his age. He stated that he was born in 1936, which allowed him to start medical school at the age of 21. However, he was actually born in 1941, which confirmed that he was only 16. This allowed him to enroll in medical school way too early. The latest incident happened when he was actually 81 years old. Which meant that he should not of been able to practice medicine at that time. During the proceedings, the judge heard that he had lied and falsified his documents on more than one occasion.

Many reasons students may choose to enroll in university at a later age.

In Nigeria, university students may begin enrolling at the age of 20. Some choose to enroll later in life, and can be accepted up till the age of 50. This is due in part to the fact that it can take a long time to complete all the requirements for a Doctorate degree. There are many reasons why students may choose to enroll in university at a later age. For some, it may be due to work or family commitments. Others may want to take time to travel or gain work experience before beginning their studies. Whatever the reason, there is no set age at which students must enroll in university. However, it should be noted that the average age of students at Nigerian universities is 23-25.

No body is above mistake but not that kind of bad mistake should be happen to doctors, doctor deal with life and need to double check their equipment before start to use And check on the patient, we are talking about life any small mistake might lead to death maybe qualification of doctors should be check to afford un qualify documents to be presented. Take kind of act should be punished

Ha this is unacceptable at that age he should be retired and making same mistake more than once surely show there ilare some things wrong somewhere,and he is in a country where the system functions so he needs to be held accountable,had it been it is in Nigeria he would be freed

This is very bad. The doctor should face the wrath of the law. He didn’t just falsify his age, but he was also negligent in his duty. The precious life of the victim has now been taken away. In Nigeria, alot of malicious and falsification of age is now becoming a trend. Even in the political arena, it is visibly clear that some of our leaders use wrong age. I hope the doctor is well prosecuted. He should serve as deterrent to others.

The doctor should face the law. No be is above the law

This is part of the reasons why Nigerians are being called criminals. This man should be punished accordingly and his age should not be taken into consideration when punishing him.

I’m totally disappointed in this man’s act. The health sector is not a joke, it’s where human life is being dealt with. People’s document should be accurately double checked before employing them

It’s very shameful seeing elderly man like this committing lots of actrocity,him and some other prople bad behaviour is putting the likes of younger Nigeria in bad light in the international community and this will affect the genuine people that want to travel and work abroad.

Please just tell me why UK won’t stop Nigerians from coming to their country?? Now he has killed innocent people because of his selfish act. This man deserves not only a life imprisonment but death sentence.

This is pathetic, his greediness has claimed many innocent lives.

The medical practice deals with life and death, so all processes should be properly verified to avoid such

This is deep! Nigeria’s non-existence of database of her citizens makes it easy for people to falsify their data. However, people need to do better. You can’t keep misbehaving is another man’s land, a place where they have sane government that care for citizens, and not expect consequences. That’s why Nigerians keep getting banned from certain countries. We are know for criminal acts, we really need ro change that.

This is a classic example of greed among the Nigerian senior citizens. The older they get, the more they wants. He should have left the job when he’s colleagues advices him to but greed won over his heart. Similar situation is going on presently with our political leaders. The older they get the more greedy they become. This Dr deserved the court ruling and should be fined as well. Nigerian senior citizens are equipped with greed.

This right here is a problem that needs to be fixed because it allows medical professionals to game the system and get away with things that they should not be able to do.

It is embarrassing to hear news like this; this kind of behaviour, along with that of certain other people, is contributing to the negative image of younger Nigerians in the eyes of the outside community.

These are corrupt practises done here in Nigeria and that is what this funny old doctor took outside the country and landed him in trouble.

I believe what is fighting this old medical doctor must be poverty mentality which has led him to falsify his age so that he can be gainfully employed.At old age he is still afraid of retirement. Now he is dancing to the drums he has created.

Because of this, Nigerians continue to have their entry into specific countries denied. We have a reputation for illegal behaviour, and that is something that absolutely needs to change.

This man needs to be used as an example for others that want to engage in such atrocious acts; his punishment should be severe because it is seriously damaging our reputation.

It is greed and stubbornness that finally led to the downfall of this man because if he had listened to his friends, he would have walked away amicably.

He is a murderer and he used his selfish acts and gains to kill another person. He deserves to be jailed for life for this wickedness

I’m totally disappointed seeing an elderly man of this age committing a lot of atrocities and bad behaviours. Things like this would hinder foreign countries from giving Nigerians green light and also tarnish the image of the country. The doctor should face the wrath of the law ASAP abeg!

When his coworkers advised him to go, he should have followed their advice, but greed took precedence. Similar circumstances are prevalent right now with our political leaders. They get more materialistic as they age. This doctor need to be penalized in addition to receiving the court judgment.

His avarice has taken countless innocent lives, which is really pitiful. Nigeria’s data system is a complete mess. All processes should be adequately vetted to avoid such situations because the medical field deals with life and death.